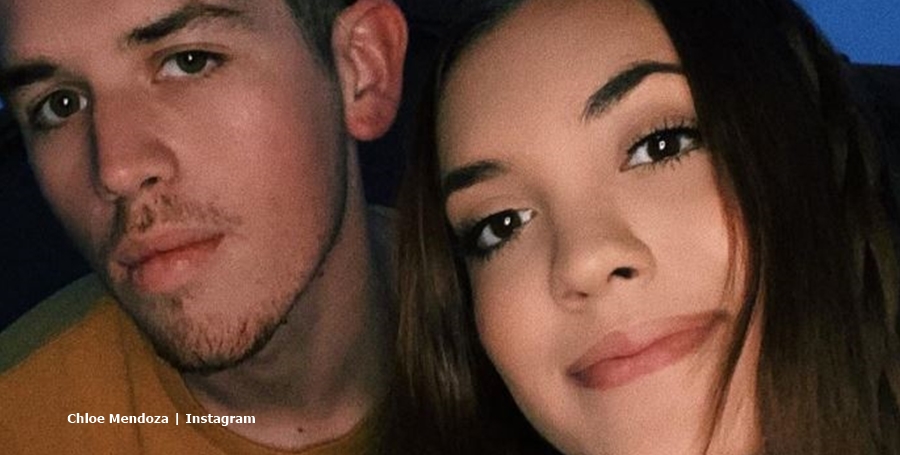 Chloe Mendoza and Max Schenzel split and went their separate ways. Later, she found a new boyfriend. And her mom, who couldn’t stand Max, approved of him as well. Now it seems like the Unexpected star from TLC and her new guy still remain together a few months later. She just struck a pose with him using her new favorite photo location.

We reported that the first photo that Chloe shared with her fans came at the end of September. On Instagram, she captioned it with, “Guess what school we go to?” They stood in front of a graffiti wall that read, “Go Devils.” Fans agreed they looked cute together. And for a moment, some of them thought he looked a lot like Unexpected star Caelan Morrison. But it’s not him. Fans agreed that he seemed like an upgrade from Max Schenzel.

Actually, Chloe tried hard to accommodate the baby daddy of little Ava. But eventually, she threw him out. Starcasm reported that Chloe Mendoza and Max Schenzel fell out seriously “soon after Max’s second arrest for domestic assault in less than two months.” Several very public spats went down and she took out an order of protection against Max. So fans felt happy that she found a new boyfriend. Now she struck a pose with him using Pixypros Selfie Museum.

Scroll through the pictures for boyfriend

Taking to Instagram on December 29th, Chloe shared four photos. But fans who didn’t scroll might have missed her new boyfriend. It’s the third one in. She captioned her photos with, “Just found my new favorite picture place.” And she tagged Pixypros Selfie Museum. The website describes it as “an interactive selfie museum for all ages. With over 13 uniquely colorful installations and cool backdrops, you’ll just need a phone or a friend to photograph the most Instagram-able moments.”

Chloe Mendoza selected the wild and beautiful flowers backdrop for her photos. In the photo with her new boyfriend, he wore a plain white hoodie and Chloe posed in navy blue. One of her fellow co-stars, Rilah Ferrer commented. She said, “Excuse me mam you have no business being this fine…you had the ultimate glow up.”

Meanwhile, Unexpected fans also commented about the photos. One of them wrote, “you’re gorgeous omg😍😍😍.” And another one commented, “He is really cute! I’m [so] happy for you 💞 💞.” Then someone else wrote, “This boyfriend is WAYYYYY cuter than the last loser ha!”

Well, Max looked okay and he trained hard to bulk up by weightlifting. But unfortunately, his drug addictions made him a bit unstable sometimes. Plus, his run-ins with the law upset Chloe a lot. Hopefully, her new boyfriend steers clear of that sort of behavior. Her fans really want to see Chloe Mendoza happy for a change.

‘1000-Lb. Sisters’: Jerry Sykes Makes Shocking Appearance, But Why?
Courtney Waldrop Praised For Letting Her ‘Kids Be Kids’ – Photos
Will There Be A New Episode Of ‘Shameless’ This Week?
‘Married at First Sight’: Chris Williams Vacationing with Ex?
Is Tammy Slaton Jealous Of Amy’s New Baby?