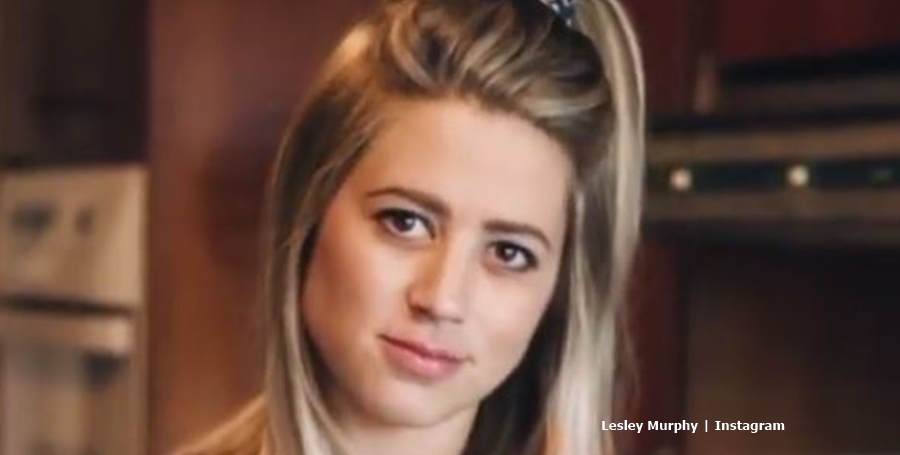 Bachelor alum Lesley Murphy just gave an update on her 31st week of pregnancy. That means she has around eight to nine weeks to fully prepare for her baby. She and Alex Kavanagh already shared the gender of their child. And of course, they both seem totally excited about the 2021 arrival in their family.

We reported back in October, that Lesley and Alex revealed that they expect a little girl. It came soon after they relocated to Arkansas and fans loved the way she surprised her man about their daughter. Her video showed how Alex walked into their entryway totally filled with pink balloons. Lesley said, “Excited to announce…We’re having a BABY GIRL!!!!💝 This is how I surprised Alex that the future is female🎉🎉🎉.”

Fans loved the special reveal. People reminds fans that Bachelor alum Lesley Murphy revealed her pregnancy via Instagram as well. That video revealed them dancing in the kitchen And she noted, “Started from the kitchen now we’re here👩‍❤️‍👨👼🏼.” Then, she added, “Baby Kavanagh taking flight in 2021! Finally, someone to occupy the middle seat.” And both of them said how excited they feel about being parents. Well, now she updated at 31 weeks, they still need to do some practical preparation.

Lesley Murphy & Alex not ready for the baby yet

In her update on December 29, Lesley shared a lovely photo. it showed her in the mirror with beautiful Christmas decorations. Side on, the bump becomes very obvious now. In her caption, Lesley said, “I can’t and won’t pretend to know what I’m doing…we have nothing for the nursery yet.” Oops! Well, not to worry, they started at least learning about parenting a newborn via an online course.

Bachelor alum Lesley Murphy also said that she put on some weight. But that’s normal. And at 31 weeks, her baby girl’s “the size of a bunch of asparagus or the head of romaine lettuce🥬.”

One ABC fan reassured her about the nursery. They commented, “If it makes you feel any better, you don’t really even need a nursery ready for a while after the baby is born…. don’t stress out over that part! You look great!”

As Bachelor alum Lesley Murphy mentioned she put on 26 pounds, some fans reassured her about that. One of them wrote, “You look BEAUTIFUL!! I stopped looking at the scale at the doctors [in] my third trimester with my first pregnancy and I never looked at it during my second! Ignorance is bliss. No point in knowing… just honor your body and let it do its miraculous thing!!”

Others who already delivered their own children told her that the weight often comes off after the birth, so she shouldn’t stress too much about that.