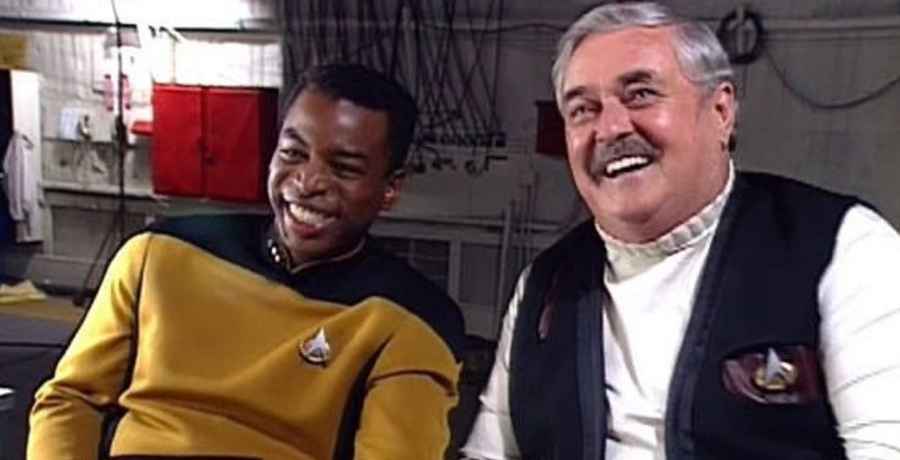 Launched in the 1960s, the series Star Trek became one of the best space dramas on television. In fact, the show continues to this day with the CBS All Access series Star Trek Discovery. While the series was filmed on a Hollywood set, the exciting stories of space exploration took us away from our own planet.

We got to meet the Klingons, Vulcans, Romulans and more on the TV show. However, while most of the cast never set foot in space, one departed cast member did make it out of the Earth’s atmosphere. The ashes of James Doohan made it onboard the International Space Station. How?

Born in 1920, James Doohan, who played the role of Montgomery “Scotty” Scott on Star Trek, passed away in 2005. Since his passing, his family has been making efforts to try and get his ashes into space. With the help of a game developer, they finally did it.

Richard Garriott visited the International Space Station as a “private astronaut” as part of a 2008 space tourism program. This didn’t come cheap, as Garriott paid $30 million for the adventure. While he was in quarantine getting ready for the trip to the ISS, Doohan’s son, Chris, contacted him. 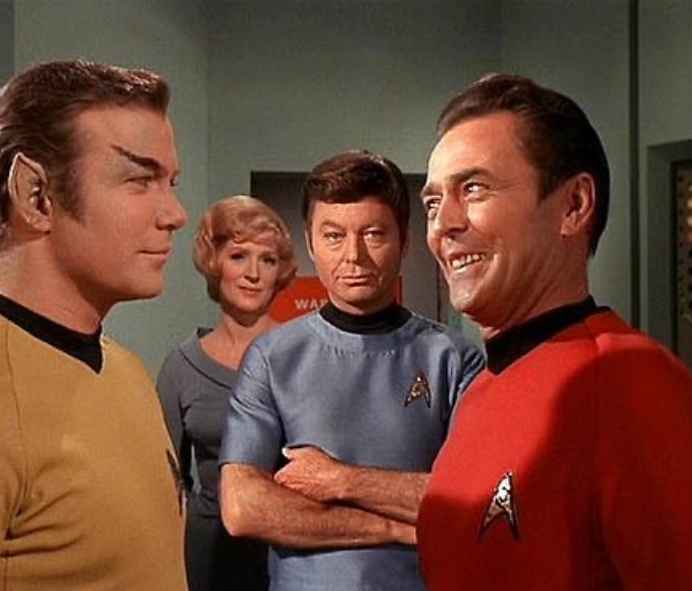 Chris Doohan explained the actor’s dying wish was to have his ashes flown into space. He asked Garriott if there was any way he could be of assistance. The private astronaut agreed to do so. However, as he was in quarantine for the space flight, he was unable to receive the ashes in person.

Chris couldn’t let the plan fail due to the quarantine, so he mailed his father’s ashes to Garriott to make James’s dream come true.

Garriott then made three laminated cards, containing Doohan’s ashes, and took them secretly into space. He said he had to keep this secret, in case the cards were confiscated. One card was released from an airlock into space, while the second was hidden beneath the floor of the Columbus module onboard the ISS.

The third card went back to Doohan’s son, Chris. He recently shared an image of the card on Twitter to back up Garriott’s claims.

Other efforts to get James Doohan’s ashes into space

This wasn’t the first time that Chris had tried to get the Star Trek actor’s remains into space. A small portion of Doohan’s ashes were legally placed on the SpaceX Falcon 1 rocket. However, the rocket failed to reach orbit. Doohan then approached NASA to find out if they could find another way, but the space agency denied his request. As noted by Cinema Blend, NASA’s reasoning was understandable. The space agency was concerned that the loose ashes could potentially be released and cause issues on the ship.

Garriott decided to break the silence over the story as he believes enough time has passed for him not to get into trouble for this. Star Trek fans are happy to know that one of their favorite actors from the original series did finally make it into space. While his remains didn’t “beam up,” they are now in orbit around the Earth.

Star Trek is available for viewing on Netflix, CBS All Access, Hulu and Amazon Prime Video.