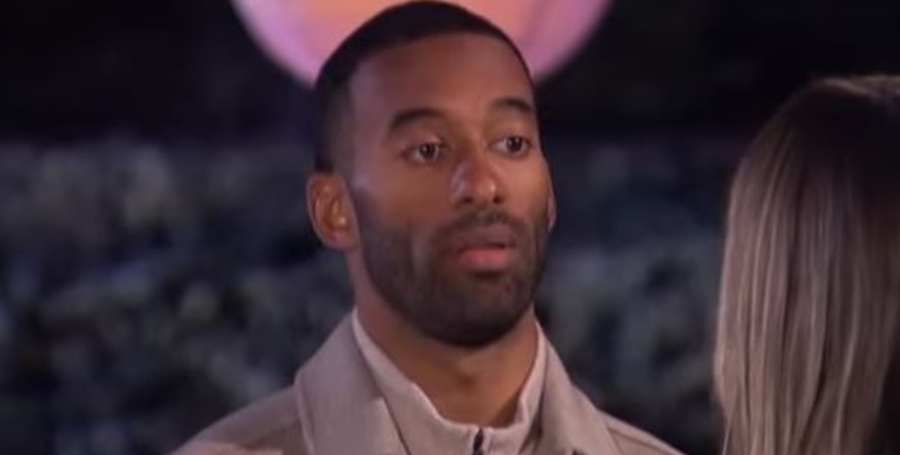 Matt James’ Bachelor season comes on ABC on January 4. Well, it’s very nearly here now and fans can’t wait for it. And one of them suggested it’s the “Best Ever” even though it’s not yet started. Hopefully, similar comments from Bachelor Nation fans come true. After all, nothing could be worse than yet another inconclusive season.

We reported that Matt James actually claims he knows nothing about Rose Ceremonies and the other ins and outs of the show. Bear in mind, most of the leads star in other shows like The Bachelorette before landing up as Bachelor. While Matt was originally slated for Clare Crawley, that fell away suddenly. So, he goes into it green. Probably though, his friend Tyler Cameron told him something about it. Hopefully, he told Matt that inconclusive endings annoy ABC fans.

At Christmas, Matt James took to his Instagram and shared a photo of himself next to the tree with his brother. Many Bachelor fans actually think his brother looks like a “snack” as well. And a few of them suggested he slides into their DMs. Meanwhile, others tell Matt to just forget the ABC show as they wait ready for marriage any time he comes calling. Loads of thirsty fans really like him.

The enthusiasm for Matt James – The ‘best’ season ‘ever’

Enthusiasm for Matt on ABC really builds up. One of those excited fans wrote, “best season of the bachelor ever and we haven’t even seen it yet 🤪”

Lots of other comments followed in the post. And of course, many people wished Matt the very best Christmas and New Year. Here are a few more Matt James’ Bachelor fans comments:

Nice and easy season in search of love?

Screen Rant reported that Matt James‘ Bachelor season won’t be plain sailing. In fact, they described it as rather “messy.” So, it might not turn out as the “Best Ever” season. According to the outlet, fans should expect “fights, crying, and blindsides.” Apparently, Matt nearly loses his mind and cries. Meanwhile, the women do battle and throw tantrums.

While it might not be the “best” season of The Bachelor, it certainly sounds like Matt James will be memorable. The outlet noted that one contestant even referred to the season as “going to war for Matt.”

What do you think? Will it turn out one of the top seasons on ABC yet? Sound off in the comments below.