Did The Little Couple star Jen Arnold really get the COVID-19 vaccine or did she pretend to with a fake needle? We reported Jen Arnold took to Instagram recently to confirm she received her first dose of the COVID-19 vaccine. The TLC personality said she was “grateful” for it. Described it as a win for science and the best Christmas gift. She made it clear she was all in for vaccinations.

Unfortunately, despite how adamant Jen Arnold has been with her support of the COVID vaccine, some skeptics weren’t so sure she actually got the virus. In fact, some questioned if she was just pretending with a fake needle.

One fan of The Little Couple wished Jen Arnold good luck on receiving her COVID-19 vaccine. They, however followed with a bit of skepticism. The individual proceeded to ask if she even used a real needle to get the vaccine. Now, the skeptical comment was liked nearly two dozen times. So, this wasn’t the only individual who believed some people were pretending to get the vaccine.

Furthermore, the replies to the comment made it clear people were on both sides of the argument. The first to reply fired back at the individual questioning if they used their “real brain” when they asked that question. Others agreed it was a pretty “rude” thing to say in the comments of Jen’s post. 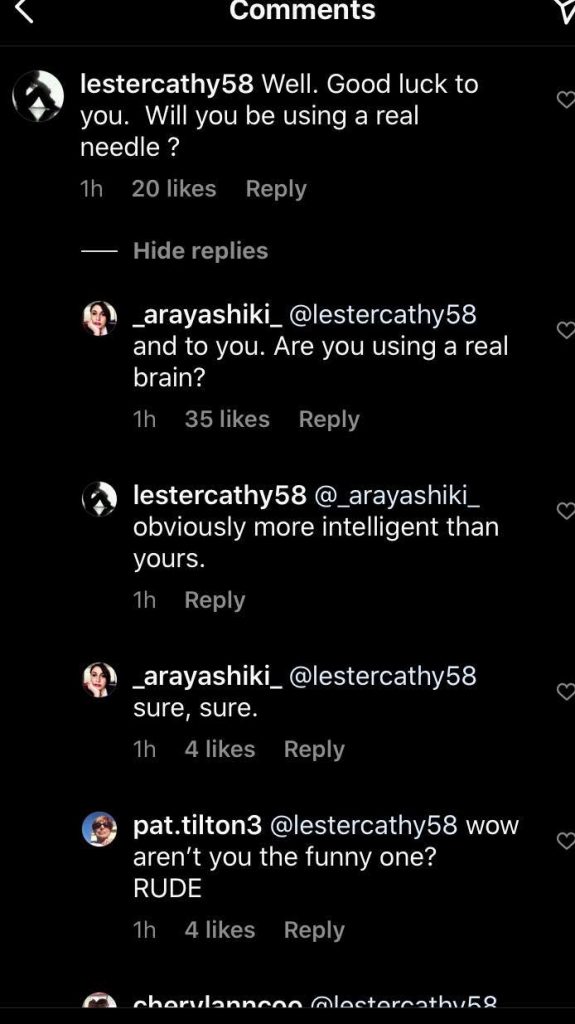 One more supportive individual penned in response: “They are trying to kill off all the Dr. and medical staff first, so we won’t have Drs to take care of our people. But hey, purging people is the thing now. Good luck and may GOD bless our country.”

There were some Little Couple fans who admitted they were baffled. They asked the person who left the original comment to clarify what they meant.

Have people been faking getting a vaccine?

According to Forbes, the comment wasn’t just a random stab in the dark. There has been A LOT of chatter circulating on social media. Chatter about disappearing vaccines and fake needles. Furthermore, there have been pictures and videos circulating showing “proof” of retractable needles.

The Twitter anti-vaxx community is widely sharing this clip of someone receiving a Covid jab via a retractable syringe and believes the "disappearing needle" is irrefutable proof that Covid-19 and the new vaccines are total scams. pic.twitter.com/qKcqbY9PPh

Given Jen Arnold’s adamant support of the COVID-19 vaccine… It seems unlikely that she would fake getting one. That, however, won’t stop the criticism. The real question is simple. Do you believe she might’ve faked receiving it? Share your thoughts in the comments.