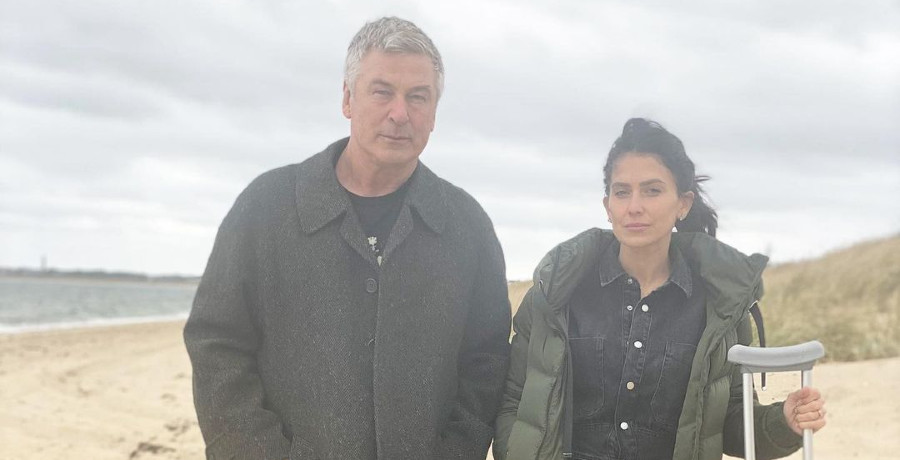 Social media users are ready to cancel Hilaria Baldwin. But could the embattled star use the headlines about her to finagle a reality show gig? Some fans would like to see it happen. And they know the perfect show for the yoga influencer-slash-wife-of-a-celebrity.

Who is Hilaria Baldwin?

Unless you live under a rock, you’ve likely noticed that everyone is talking about Hilaria Baldwin lately. What did she do to rile an angry mob of online trolls? Actually, some readers may not even know who she is, so let’s back up. Who is Hilaria Baldwin?

As her last name suggests, she is married to a brother from the famous Baldwin acting dynasty. In 2012, Alec Baldwin married Hilaria (well, Hillary, but more on that in a second) in New York City. In quick succession, the couple had five children. Something of a social media influencer, Hilaria often documents her life as a mom for her almost-900k Instagram followers.

What’s Going On With the Yoga Guru?

Hilaria Baldwin may be a trending topic right now, but it isn’t her first foray into controversy. She has faced years of criticism for having so many children so quickly.

Earlier this week, a single tweet sent an avalanche of hate, landing directly onto Hilaria. On December 21, a random tweet from Twitter user @lenibriscoe unintentionally exposed Hilaria – AKA Hillary – as a fraud. The innocent tweet simply said, “You have to admire Hilaria Baldwin’s commitment to her decade long grift where she impersonates a Spanish person.” A video of the mom-of-five speaking with an accent.

Somehow, the tweet went viral and the more allegations of appropriating another culture came out about Hilaria.

Vox reports that her real name is Hillary Hayward-Thomas. She was born in Boston, Massachusetts. Until recently, the bio from her agency listed her birthplace as Mallorca, Spain. Her parents DO live in Spain. Now. They moved there several years ago, but Hilaria is under fire for pretending to live in Spain as a child.

It’s unclear if she intentionally misled the public about her heritage. In several videos posted on her Instagram, she blames the media for misquoting her about her birthplace.

Hilaria Baldwin swears off Instagram —then returns with 8 posts within hours https://t.co/XpyLrQZdS7 pic.twitter.com/HLWCHXvVKl

Bravoholics Have the Perfect Job Opportunity for Hilaria Baldwin

Hilaria Balwin is in the eye of a public tar-and-feathering at the moment. But gossip hounds know that her moment in the blistering sun will be short. Soon, another celebrity will do something worse.

Hilaria Baldwin could join #RHONY and be their Dorit.

One Twitter user made the suggestion MONTHS before the current scandal.

You know who would be fabulous on #RHONY ? @hilariabaldwin her insta stories are my life, she’s so amazing. @Andy fire Ramona and save your show!

Bravo may jump on the chance, but it won’t be for the new season. Season 13 already has a few newbies and is currently filming.

Do you agree that Hilaria Baldwin would be a perfect fit for RHONY? What do you make of the scandal surrounding her heritage? Let us know in the comments down below.