Chris Harrison has been host of The Bachelor for nearly 20 years. Rumors have come and gone that perhaps Chris was thinking about parting ways with the long running reality love show. Now, rumors are starting up again that he may be thinking of retiring from the long running franchise.

Is Chris Harrison leaving The Bachelor?

Page Six shared information about the rumors swirling around Chris Harrison. According to the report, Chris is building a house in a very prestigious area of Austin, Texas. He will reportedly live there with girlfriend Lauren Zima. The new home will be located in the Barton Creek area.

Chris building a house in Texas prompted many to think this signals his reign on The Bachelor franchise could be ending. However, TMZ spoke with a source who says there is no truth to the rumors. Chris will simply be commuting during filming. He is making the move to Austin due to a deal he has a with a local brewery. And, Chris is originally from the Dallas area.

Not the first time rumors started

Chris has been the center of rumors of this nature this summer too. He briefly left The Bachelorette and JoJo Fletcher filled in for him. At the time, fans weren’t sure why Chris would leave and rumors flew. As it turns out, Chris was simply taking his son to get settled in at college near Fort Worth.

So, for now, Chris isn’t going anywhere. At least all fans hope so. What would the franchise be without Chris stepping in to announce the final rose of the night. Or to hear him tell everyone to take a moment and say their goodbyes. Thank goodness for now his plan is to commute when the seasons are filming. No doubt Lauren Zima will be doing the same. 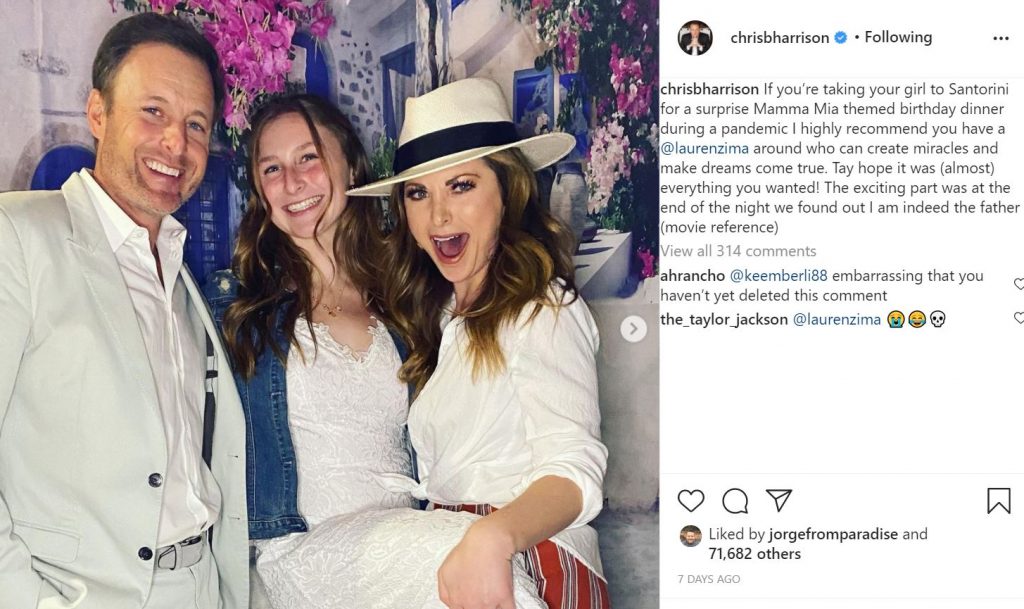 Chris has been dating Lauren since 2018. She is currently the host and senior producer for Entertainment Tonight. And, she actually met Chris while doing segments for The Bachelor together.

These two seem to be in it for the long haul. They are smitten with one another and the whole quarantine experience even brought them closer together.

Lauren has a clip she does to keep the fans updated on all things Bachelor too. And, no doubt, she has a direct in for all the juicy secrets. These two are an adorable couple.

So, while Chris is packing up and moving to Texas, don’t look for him to be giving up his hosting duties anytime soon. Thank goodness!