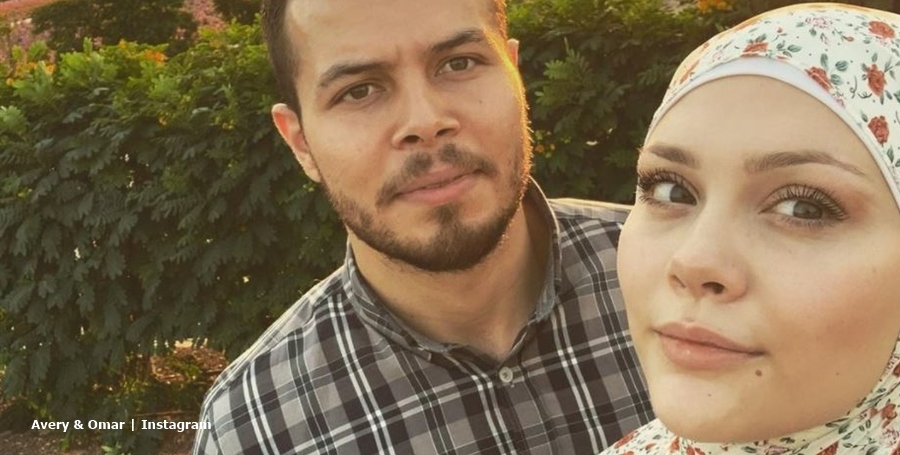 We reported back in May, that Omar applied for his spousal visa for the USA. But his application suffered a setback and became indefinitely postponed.  That related to the coronavirus restrictions. Although the couple married a year before, things looked no closer for their reunion. So, they continued their long-distance relationship with chats and texts.

90 Day Fiance Omar and Avery seemed set for a long-haul separation. But good news emerged this week. They shared a photo of them together. Some fans asked if Avery’s in Beirut. But she said no. Meanwhile, others thought they might actually be in Columbus. But she didn’t say where. But, when fans asked if they live together now, Avery delivered the good news. She replied, saying that they do.

Many delighted fans commented on the good news that the couple reunited. One of them wrote, “So happy for you two finally can live happily ever after! You deserve happiness and what’s more beautiful than living it with your love 💕!!”

Another fan of 90 Day Fiance told Omar and Avery, “Omg are you guys finally able to be together😍.”

Then another fan respected their privacy. They commented, “I’m so happy y’all still together may god bless u wherever you are ♥️♥️♥️♥️♥️.”

But bad news came when they talked about any spin-off with TLC. Monsters and Critics noted that the couple told their fans repeatedly, “no we wont be on tv anymore.” Well, they seem determined about that. So, it’s bad news for those who hoped for much more of this couple.

Are they in the United Arab Emirates?

We noted that in May, just over six months ago, that Avery spoke about what they planned if Omar couldn’t get his visa for the USA. At the time, she said, “If he doesn’t get to come here within the next six months, we are going to move to the United Arab Emirates (UAE) to Dubai.” Well, it’s not the USA but Dubai looks like a really nice place.

Bear in mind, 90 Day Fiance Omar & Avery won’t starve, even if she gives up her job. He studied dentistry. Most likely if they moved to the UAE, he works in his professional field there. While they say TLC ended for them, Avery promised fans they plan on starting a YouTube soon. So. at least fans can still follow their story.