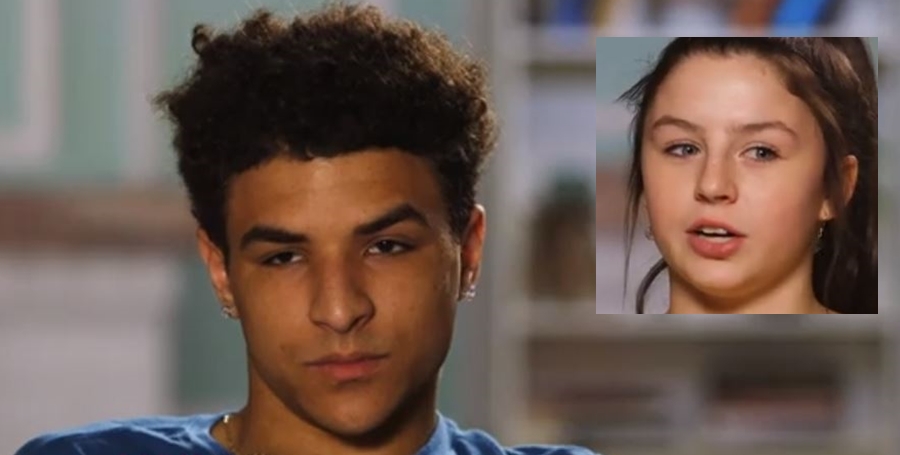 Unexpected star Tyra returned this season with baby daddy Alex and their baby girl Layla. It’s not clear they do anything more than co-parent at the moment. But sometimes, they seem all lovey-dovey. Nevertheless, at one stage she didn’t even co-parent. In fact, she went off to college and left Alex to raise Layla. TLC fans came along with different reactions to that.

We reported at the beginning of the season, that Tyra said she nurtured trust issues with Alex. That came to light when she went off to college. At the time, fans thought she found it a bit hard with juggling class at college with trust issues and raising Layla. But now it turns out that she didn’t raise Layla while she attended college. In fact, college is in a different town. And she left Alex to raise Layla.

Essentially, Alex became a single dad. Nevertheless, they seem to get along okay. And fans saw that she sent him a nice greeting on his birthday. Actually, she said that he’s “the best dada in the world.” Certainly, it would seem so, as he did it single-handedly for some time.  Starcasm noted in May this year, that Tyra spoke about their split on YouTube.  The Unexpected star said, “…being a mother, being a college student, trying to always put Layla first — some things in my life…changed. A lot of things…changed, and mine and Alex’s relationship [is] one of them.”

In a teaser for the show, TLC revisited how Tyra went to college and left Alex raising Layla. Mixed reactions came. Many people think Tyra did the right thing. After all, she comes from a  family with a history of teen pregnancies. So, in the long run, she hopes to qualify and earn a decent income for her daughter. One fan wrote, “I respect this young girl and I hope it works out for her and her family she seems like she has a healthy support system behind her including the baby’s dad her bf.”

But other Unexpected fans seem less than impressed with Tyra. One of them commented on Instagram, “this girl LEFT her baby to live on campus to be a CHEERLEADER. Her MOTIVES are the question.”

Another person wrote, “Why would you go away to school if you have a baby? Is there not a college close by? Or online program?” 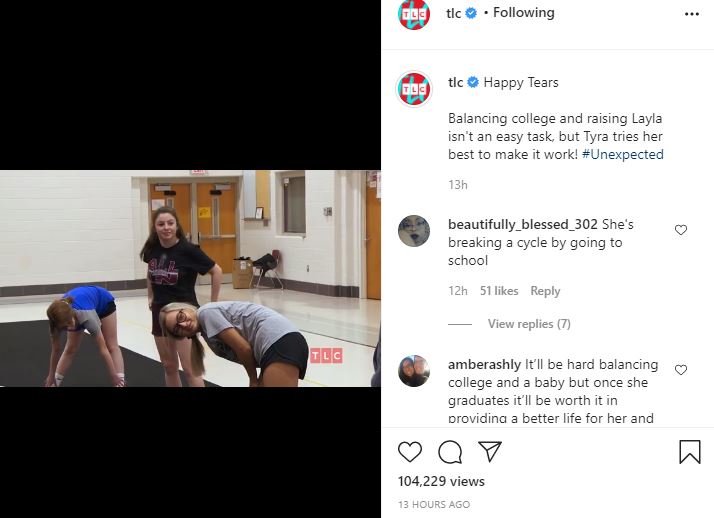 Tyra and commitment to her baby questioned

More comments followed like this one: ” I’m sorry – that’s BS that she’s giving up time with her child to be a cheerleader??? Umm no-you wanted to do grown up things, now you have a commitment at home.”

Other Unexpected followers think that Tyra should raise her baby and then study at college. What do you think? Sound off in the comments below.