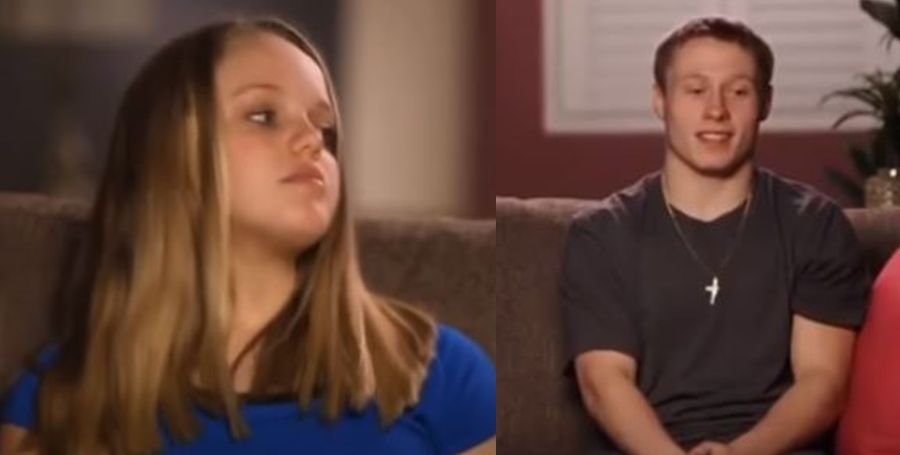 Unexpected stars Taron and Reanna bring a lot of drama to social media. It continues almost daily as their toxic relationship plays out off-screen. Actually, occasionally,  TLC finds people who seem like gold in the drama stakes. Usually, it leads to them returning for another season, Or, as happened with Bernie McGee in Seeking Sister Wives, it ends in tragedy. Hopefully, nothing tragic comes out of Taron and Reanna’s story.

We reported that Reanna took to social media and told fans she won’t do drama with Taron. But, like so many TLC stars who vow they intend to keep their issues off social media, she does it anyway. Only 15 when she fell pregnant, perhaps her very young attitude keeps the drama fires burning. In fact, some fans already believe she’s not only young, but young, entitled, and immature. Nevertheless, her issues with Taron seem real enough to her anyway.

For his part, Unexpected star Taron seems a bit young as well. After all, we reported that he admitted he gave his daughter Danica a knife to play with. Albeit, he claimed was broken, it seemed like something only a teen would do. But, he also said that he learned from it and took a parenting class after that. Mind you, Taron seems less inclined to dish any spoilers than Reanna, who already spoiled that he wasn’t at the birth of her daughter.

Toxic drama and a few spoilers from Reanna

Everything TLC Unexpected on Facebook carries most of the drama. While Taron wouldn’t stay if he attended the birth, Reanna spilled the tea on that. She told TC fans that he didn’t. And she said she made that decision. She claimed that made her feel “uncomfortable.” And, claimed he denied his daughter. Plus, Reanna claimed her parents had no time for Taron.

Reanna also said that Taron tried being too controlling so they split. In the meantime, if you’re interested, Taron sees his daughter “every other weekend.” But the Unexpected dad hopes to share 50/50 custody. Especially as part of his parenting class involved co-parenting. Nevertheless, Reanna vows that won’t happen. And she claimed “attorneys” say that won’t happen.

On Twitter, one critic said, “Reanna not allowing Taryn (sic) in the delivery room is her way of purposely hurting him for cheating on her…people who play these head games aren’t mature enough to be parents.”

And another person pointed out, “Reanna when it comes to men you have to either forgive them or not. They dont take well to be punished for long periods of time. He wants to be there now. That can change if you keep punishing him.”

I know she is a child, but damn Reanna is trying hard to be unlikable… #unexpected

What do you think about all the drama that goes on between Unexpected stars Taron and Reanna? Do you think Reanna’s too immature? Or is Taron just there for the cameras? Sound off your thoughts in the comments below.

Why Kim Kardashian Claims She Is Moving Out Of Her $60M Mansion
Rob Kardashian Files More Court Papers Against Blac Chyna
Netflix’s ‘Virgin River’ Season 4: What To Expect [Spoilers]
‘The Masked Singer’ Fans Think They Know The Bull
’90 Day Fiance’: Are Corey And Evelin Secretly Married?