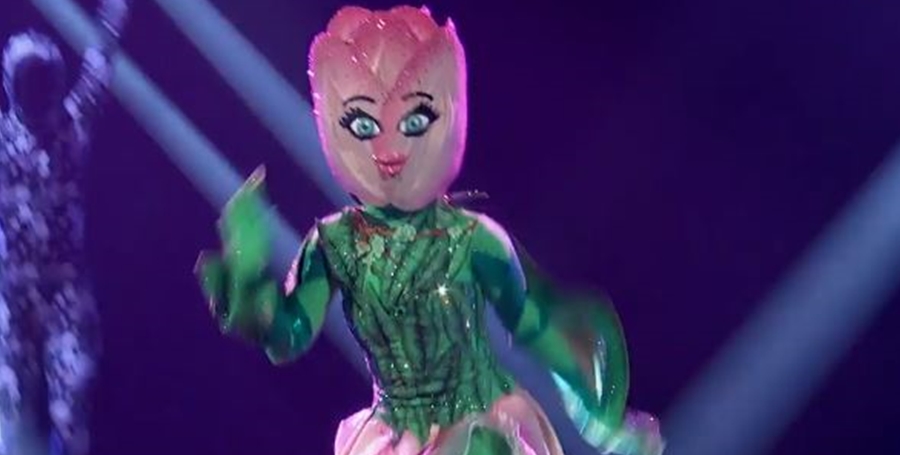 The Masked Dancer contestant Tulip tap-danced her way into the premiere. And fans think they already guessed who it is. Of course, fans also saw Hammerhead Shark and they thought they got that one in the bag already. But it’s not easy with ten celebs dancing. Only moves and costumes and a few clues assist those who guess. However, many fans think Tulip’s quite easy.

Of course, the Fox program really gets a lot of enthusiastic support. And this year it already seems crazy good fun. The Hammerhead Shark got all sorts of guesses. And a lot of fans thought it might be a swimmer. Or, Vinny from Jersey Shore, John Cena, and many more. So while a swimmer might sound obvious, other clues weigh in to help with eliminating possibilities.

So who is Tulip on The Masked Dancer? On Instagram, many people straight away suggested someone from Dance Moms. And loads of them said they thought they got it right with Mackenzie Ziegler. In fact, they felt certain about Mackenzie rather than her sister Maddie Ziegler. One fan said, “Clearly Mackenzie Ziegler.” And another one noted, “I knew it was Mackenzie Zigler when she started tapping, and she sounds exactly like her.”

Other people guess someone else

One thing we know about this program is nothing’s ever as easy as it looks. Fans need the clues to guide them as well. So, other guesses also came out. Good Housekeeping noted some of them. The outlet reminds readers about what they know so far. These include:

Some The Masked Dancer fans think Tulip’s the actress, Zendaya. After all, she featured on Dancing With the Stars. And, she’s an experienced backup dancer. Then others look to Dance Moms, but a different person. Some of them suggest that Tulip’s JoJo Sila. The YouTube and TikTok sensation also starred as T-Rex in The Masked Singer. And it’s not unusual for people to return to Fox shows.

Four medals between all ten contestants point to some Olympians in the show. So that might account for some fans thinking about Simone. She’s a gymnast, a medalist winner, and flexible. But that might be a long shot. Possibly it’s still way too early to decide which contestant hides behind the pretty pink Tulip.

Who do you think The Masked Dancer Tulip might be? Do you agree you already know she’s Mackenzie Ziegler from Dance Moms? Or is that suspiciously easy? Sound of your ideas in the comments below.

The Masked Dancer moves to Wednesdays on January 6, 2021.