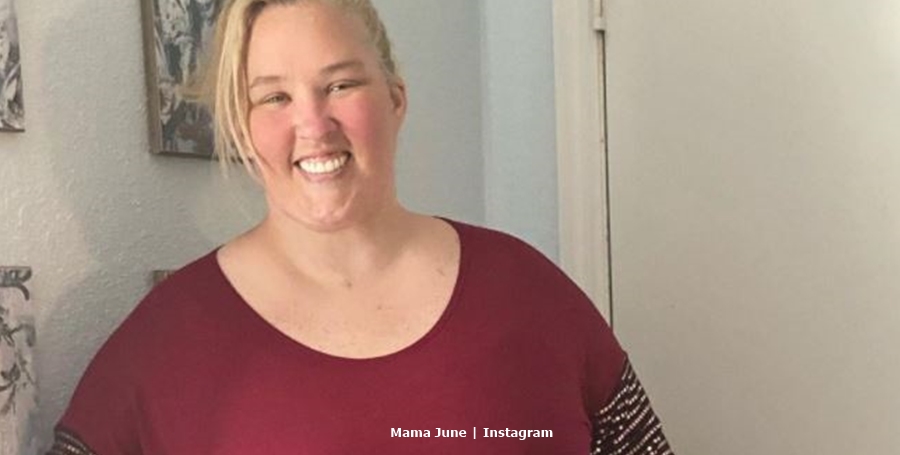 Mama June Shannon finally went to rehab after Geno and WEtv pushed her in that direction. In fact, she shied away from rehab as she hated the idea of Geno making her do it alone. But he agreed they should both do it. And so far, she stayed drug-free for 11 months. Proud of her success with her addiction, she told fans that she’s just one month shy of landing a new job.

A few days after Christmas, June went onto her Instagram and wrote a very long post. She shared three photos. One at the start of her addiction, one at her lowest point, and one of her now. In her caption, she mentioned how she helps other people who struggle with addiction problems. She keeps her DMs open for anyone who needs help as they struggle. We reported that at one stage, she even reached out to a fan who lost a son from addiction.

Mama June Shannon seems determined to carry on helping other addicts navigate hard times. Especially, as lots of people apparently relapsed during the coronavirus. June talked about people who relapse. And, The Addiction Center backs her up. The website noted that “people…recovering from a substance use disorder…[find maintaining sobriety] difficult.” Disrupted routines see many of them fall down “during COVID-19.” Now  June looks forward to another month of sobriety. After that, she looks forward to a new job working with rehab addicts.

11 months sober, one month to go

The WEtv star shared a long list of things she already does to help people with addictions. She talks to so many of them. And she just tries to help them with advice, especially when they struggle. Or, she communicates with family and friends of addicts with problems. Plus she took the time to thank her many fans who encourage her with her own sobriety. The Mama June: From Not to Hot star says they help her. And she knows that relapsing is “not an option.”

Sounding super-excited, June spoke about a new job with rehab. She wrote, “11 MTHS CLEAN AND SOBER AND ONLY ONE MORE MTHS TIL I CAN FOLOW MY DREAM TO WORK IN A REHAB IM SO EXCITED.” Then she thanked “@banyantreatmentcenters for getting [her] on the right path.”

Fans saw Mama June fall from grace. And they saw how it impacted her family in Family Crisis. She still retains a lot of followers and keeps a large social media influence. So, the idea of June humbling herself to help others sounds rather nice. Fans also like the idea of her holding onto a dream. Hopefully, it all comes real for her. And hopefully, she and her daughters put their differences aside and reunite if they haven’t already done so.