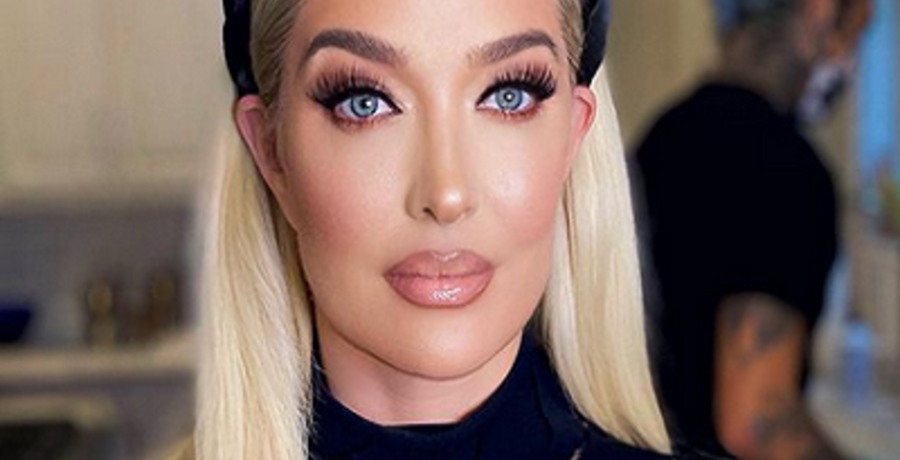 Erika Jayne is feeling positive about The Real Housewives of Beverly Hills Season 11. Previously, fans wondered if her divorce and embezzlement case will be addressed. It’s not like the Housewives have anything else to do. One key point, they can’t travel internationally due to the ongoing coronavirus pandemic.

So, they have to resort to shopping and dining locally. However, the crew did manage to sneak in a domestic trip. There’s also a rumored feud between Kyle Richards and her sister, Kathy Hilton, but both ladies quashed the gossip. It looks like all eyes will be on Erika this season.

The Pretty Mess author predicts that Season 11 ratings will soar.

She captioned the post:” I MEAN WE ARE FABULOUS.”

Erika caught wind of Rinna’s post and left her thoughts. “I’m willing to bet 2021 is even bigger,” she commented in a post captured by Comments By Bravo. A few weeks ago, Rinna teased that Erika’s headline-making divorce would be her storyline for Season 11.

But fans are mixed. Some don’t think that Erika will go there. She’s never one to talk about her personal life. Meanwhile, other fans joked that Erika will be going to jail. Here are some of the responses underneath her comment:

RHOBH Season 10 was rocked by a scandal with Brandi Glanville’s allegations against Denise Richards. She claimed that she hooked up with the actress and that Denise and her husband were in an open marriage. Denise sent the cast cease-and-desist letters. After filming wrapped, she announced her departure from the show.

The court battle between Erika Jayne and Thomas Girardi continues. Last week, a judge froze Thomas’s assets and warned his wife about selling items. Now, the judge scheduled an emergency hearing to appoint a trustee to preside over Thomas’s belongings.

Ronald followed up with another tweet. He said that the hearing has been set for January 5.

“January 5, 2021 is the date with briefing between now and then,” he tweeted.

Edelson PC sued Erika and Thomas for allegedly embezzling $2 million from family members of victims of a 2018 plane crash in Indonesia. In recent weeks, several lawsuits have been filed against the Hollywood attorney. Thomas could also face involuntary bankruptcy as a result. As for Erika, she feels hopeful about RHOBH Season 11.

What do you think? Do you think the upcoming season will have high ratings? Sound off below in the comments section.

The Real Housewives of Beverly Hills Season 11 will resume production in the new year.