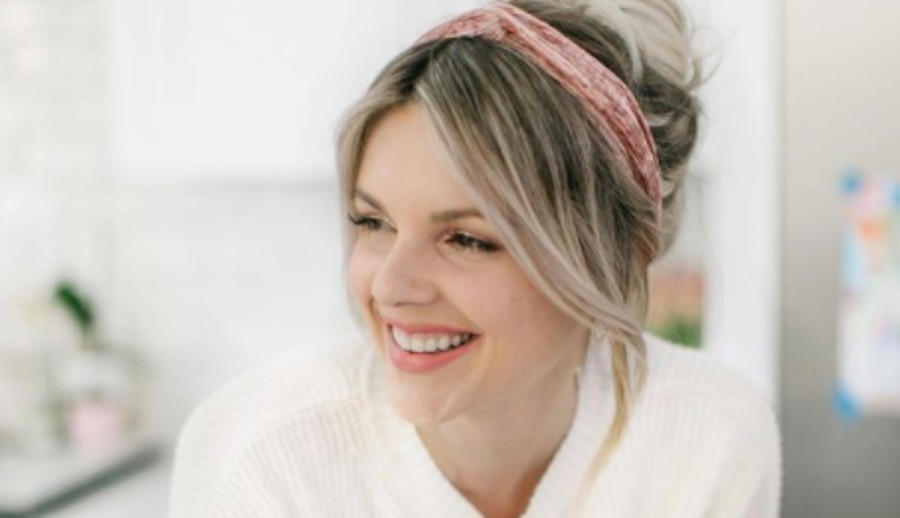 Ali Fedotowsky, the former Bachelorette, has started her own line of scunchis. She posted a very long message about it on her Instagram along with a picture of her modeling a pink one in a bun.

Fedotowsky started the post, I can’t believe this is happening. Let me cut to the chase before I write this novel.” She shared the line would be launching in Walgreens. Ali said this has been in the works for the past year.

She told a little back story about working in a drugstore and spending her paycheck on scuncis. Now she said, twenty years later she has her own line and she could, “cry, run sprints, throw up, or pass out.” 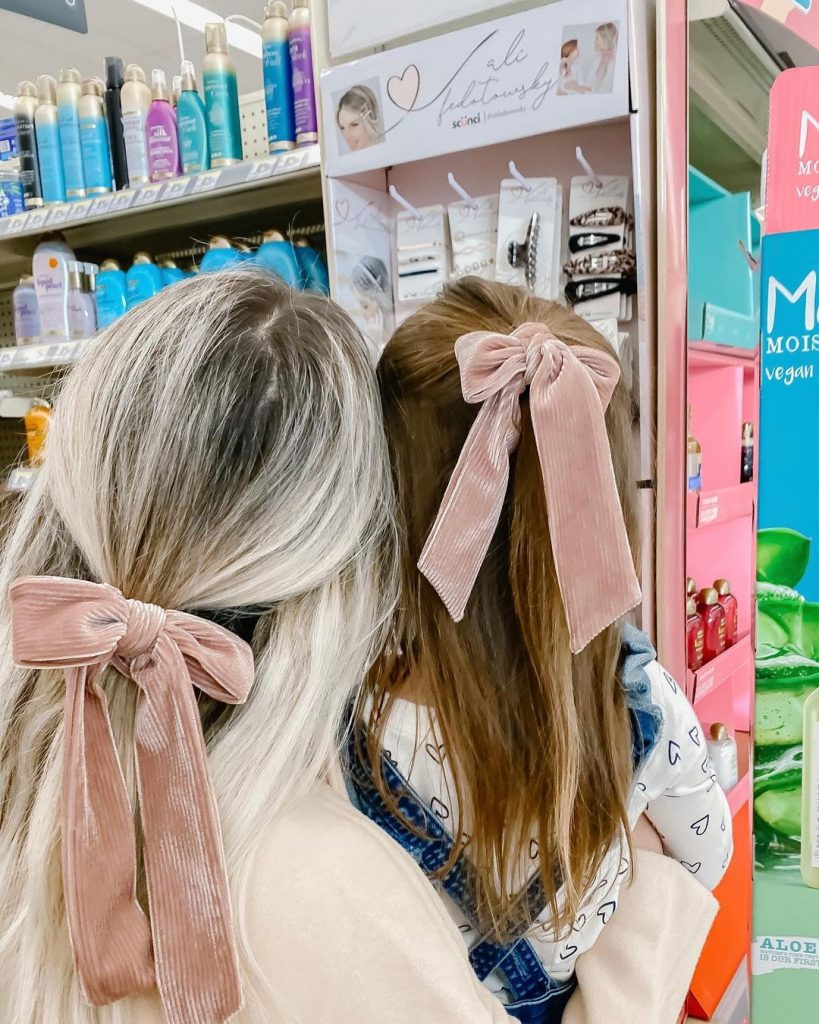 Ali Fedotowsky Is Sharing Success With Her Daughter

Ali Fedotowsky posted a different Instagram post with her daughter modeling pink bow scuncis. In this one she captioned it that they went to Walgreens to see the display. She said her daughter was, “watching her mom work so hard on something for so long and then watch it launch today. It’s important to me that she saw every emotion and feeling that went behind hard work and what the payoff can look like!”

The display has a picture of the two of them on it.  The snap shows the back of their heads as they look at it in the store. She stated this is one of her proudest moments as a mom. She posted one set had already sold out online, but you might be able to get it at Walgreens. According to Ali Manno nothing will be restocked. All scuncis are limited edition from her line.

Just like Ali Fedotowsky is in the scunci game, other Bachelorettes have gotten into selling as well. Former Bachelorette Jojo Fletcher has a line of home goods on Etsy. The products range from throw pillows to jewelry.

Fedotowsky’s Instagram post got a lot of love from fans. One said, “Congratulations!! Thank you for making something so affordable. Often times “celebrities” have a clothing/hair line ect. and us fans can’t afford it.” Walgreens tends to have lower prices on items. Many of the fans expressed how happy they were for the reality star.

Another said, “I SAW IT THERE YESTERDAY! I was chasing 2 kids and didn’t have the chance to actually LOOK but I remember thinking “I wonder if that’s her surprise?!” Lots of familiar faces from Bachelor nation also congratulated her.  The website has sold out of a lot of the products but if you’re lucky you can still catch the products at a local Walgreens. Ali uploaded a sheet with a list of the cities that have them on her website alimanno.com.