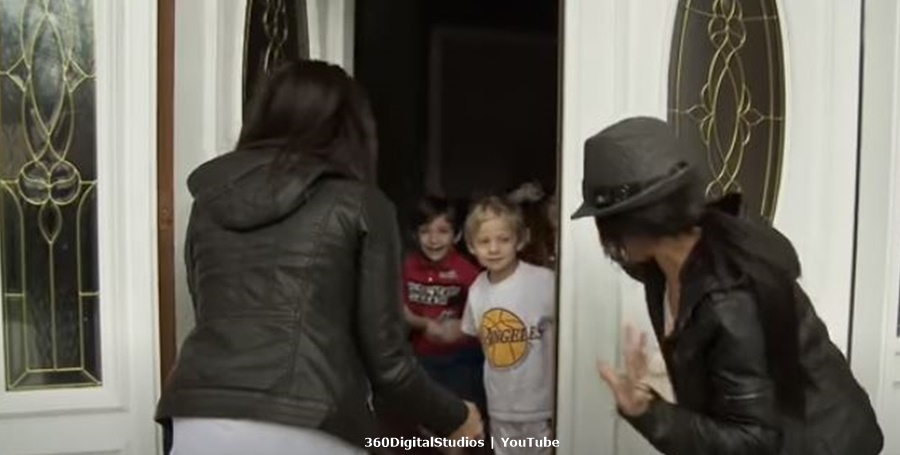 Stacey Silva has two sons and her sister Darcey also has two kids. In fact, fans of 90 Day Fiance and Darcey & Stacey on TLC often slam Darcey for behaving foolishly in front of her kids. They sometimes appear on the television. However, their cousins, Parker & Mateo, never do. And fans like that. Now, they just saw how grown up the two boys are now.

Stacey Silva sons, what we know

Well, we know that Darcey and Stacey both have the same number of kids. And, they are all in their teens now. The twins evenly split the genders of their kids. Stacey has two boys and Darcey, two girls. However, fans don’t see the two boys on TV, so little seems known about them. Nevertheless, Distractify dug up some information about four months ago.

The outlet reported that Darcey, Stacey, and all the kids live together in one big home. And, as we know, the boys never yet made a debut on reality TV. And that might relate to how their dad Goran Vasic feels about it. Stacey has a private Instagram and a TV Instagram. But. you won’t see the boys on her TV social media. However, their dad sometimes posts up pictures on Facebook. And occasionally so does Stacey. In 2019, Stacey said that her son Mateo writes and hopes to be a filmmaker.

Stacey and Darcey divorced ages ago

90 Day Fiancé fans never saw the ex-husbands of the two women on TLC either. And in fact, it’s not clear what living and custody arrangements exist for any of the children. At one stage, the twins floated the idea of a reality TV show with them and the kids, and their husbands. Called The Twin Life, it never came to anything. But there, fans see a few clips showing the boys. However, they were still very young then. The pilot came in about 2010.

Well, the boys are much bigger now. In a photo shared by 90 Day The Melanated Way on Instagram, they look like decent young men. In the photo that they shared on the day after Christmas, they captioned the post with “Awe! Stacey’s sons, Parker & Mateo are growing up so fast! ☺️💛Adorable!”

One fan of Stacey Silva commented, “I have never seen her sons. Their cousins are dragged on tv. At least she keeps the boys private.”

And another one noted, “Handsome young men!!❤️❤️. Happy Holidays 🎄🎁❤️.”

Then another 90 Day Fiance fan wrote, “I didn’t know she had kids. They must be so proud of their… mom!” Mind you, it’s not clear if they meant that in a nice way or not.

Clearly, Stacey Silva keeps her boys rather private. And perhaps that’s the best thing for them. After all, many kids in reality TV get a lot of trolls and haters.