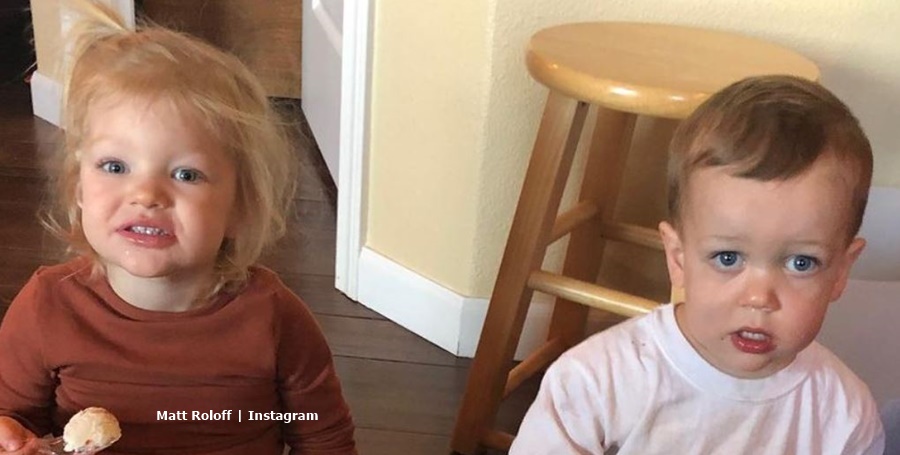 Matt Roloff gives his grandson Jackson some amazing gifts. Last year, he presented him with his very own ride-on Jeep. Well, Jackson also benefits from the plane his grandpa made for Roloff Farms. And now, he can look forward to the new train that fans will see at the 2021 Pumpkin Season. By then, the Little People, Big World patriarch hopes Jackson and his cousin Ember will be able to run it.

Last year, some Little People, Big World fans slammed Matt for his extravagant ride-on jeep for Jackson. And, some of them chided him. One of them said, “Beautiful gift but I wished you’d saved it ‘til last. The motorized ride-ons are always the showstopper, so now the rest of the presents don’t get quite the same reaction. Tough to keep up with that.” And others said they felt Jackson would look at all his other gifts with some disdain.

A few critics also complained when Matt Roloff constructed a wooden plane for Jackson. It came after Tori Roloff took Jackson to a county fair. But he couldn’t ride on the plane as he was too short. As Matt said, little Jackson “loves planes.” So, the plane he constructed is ideal for little people. No doubt, soon fans also see little Lilah enjoying it as well. And in fact, it forms part of the fun for kids who visit during the Pumpkin Season event. But it looks like this year, the real showstopper could be the new train for Roloff Farms.

On the day after Christmas, Matt took to his Instagram and shared a photo of himself with Jackson and the train. Fans who follow Tori Roloff know that Jackson really loves trains. Matt captioned it with, “Played Christmas a bit safe…so we didn’t get the whole family together at the same time.” He talked about his mom and dad postponing their usual Christmas trip “to Oregon” because of COVID. So, they celebrated “a bit piece-mill in smaller groups.”

However, Matt Roloff told his LPBW fans, “that didn’t mean grandpa doesn’t pour on the fun and big surprises… come out to 2021 @rolofffarms pumpkin patch (hopefully it’s safe by then) and ride the new train.” He added, “@jeremyroloff @zroloff07 @carynchandler1 @amyjroloff @toriroloff @audreyroloff Gonna teach Jackson. And Ember to be the engineers!” Then in his hashtags, Matt noted, “#tracklesstrainsgoeverywhere.” And Jackson looked thoroughly delighted.

Most people know that trackless trains are available to rent or hire. Often, big events use them. Or, perhaps you hope for the best birthday for your kids. They seem ideal as trackless trains “can ride on cement, grass or, any paved surface.” Luckily for Jackson, his grandpa runs the annual Pumpkin Season event at Roloff  Farms. So, he probably gets to play on it with his cousin Ember first.

Will Jackson and Amber really be the engineers on the train? Well, maybe that’s a bit of a stretch by Matt Roloff. After all, fans know from earlier this year that the LPBW kid got so much stage fright when they opened the airplane playground, he never did cut the ribbon. Zach and Tori ended up doing it by themselves. And Tori admitted that Jackson doesn’t like large crowds of people.

Do you think that Jackson and Ember are really lucky that their grandpa, Matt Roloff runs the Pumpkin Season event? While they might not end up actually running the train, for sure they probably enjoy it as their family gets the hang of driving it around.