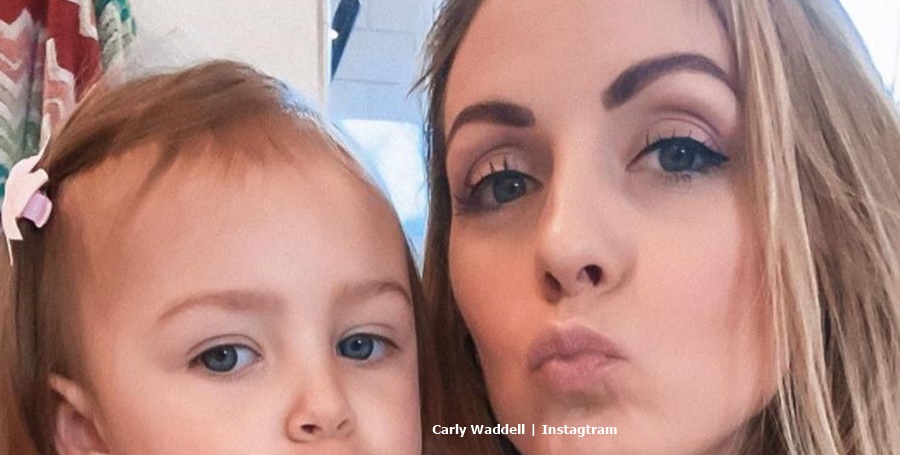 Carly Waddell is not okay after Christmas without Evan Bass. The news that they split emerged about four days ago. And Bachelor in Paradise fans felt saddened, but not surprised, at the news. While they seemed like a mismatched couple, they worked hard at their relationship. But it was never meant to last, it seems.

We reported that when the news emerged about the split, fans had already noticed the two Bachelor in Paradise stars posted up on Instagram without the other person. You might recall that Carly moved house and she didn’t mention Evan at all. Plus, he celebrated his birthday without loving greetings from his wife. In fact, he shared photos but he was just out with the kids.

When they split, the couple said they took a very “difficult decision.” And naturally, fans of Bachelor in Paradise worry about the kids. Evan Bass brought three boys to the union. And Carley Waddell and Evan share their two kids, Charles and Isabella. Well, this Christmas without Evan weighed on Carly who just isn’t okay about it, People reported.

The outlet noticed a post on Instagram about Christmas by Carly. In it, she sounded a bit broken. She shared a happy-looking photo of herself in front of the Christmas tree with the kids. But her caption belied the happiness in the photo. She said, “A lot of you kind people have asked if I’m ok. And I want to say I am, but I’m not. I will be though.” Then she talked about how Christmas Day felt “incredibly abnormal.” But she acknowledges it’s a “new normal” now.

Sadly, she sat alone and wrote the caption. Carly Waddell said that the kids went away now to stay “at Evan’s house overnight.” So, she feels like she misses “a piece” of her “soul.” Nevertheless, she feels a bit happy for the kids as they experienced a “white Christmas.” Plus, the kids probably enjoy themselves with “their dad and brothers.” At least the kids still feel “so loved.” Finally, she thanked fans for checking on her.

Unfortunately, if you want to send your loving support and thoughts to the BiP alum on the post, you can’t. She locked the post for comments. But at the same time, possibly, Carly just needs some time alone. Nevertheless, Carly Waddell shared a Christmas song a few days ago. And on that post, lots of people thanked her for sharing. And they said they think of her during this difficult time.

One follower commented, “my heart hurts for you and Evan. Praying for you and your beautiful family. Merry 🎄.” Meanwhile, others say they pray for reconciliation between the two ABC stars.