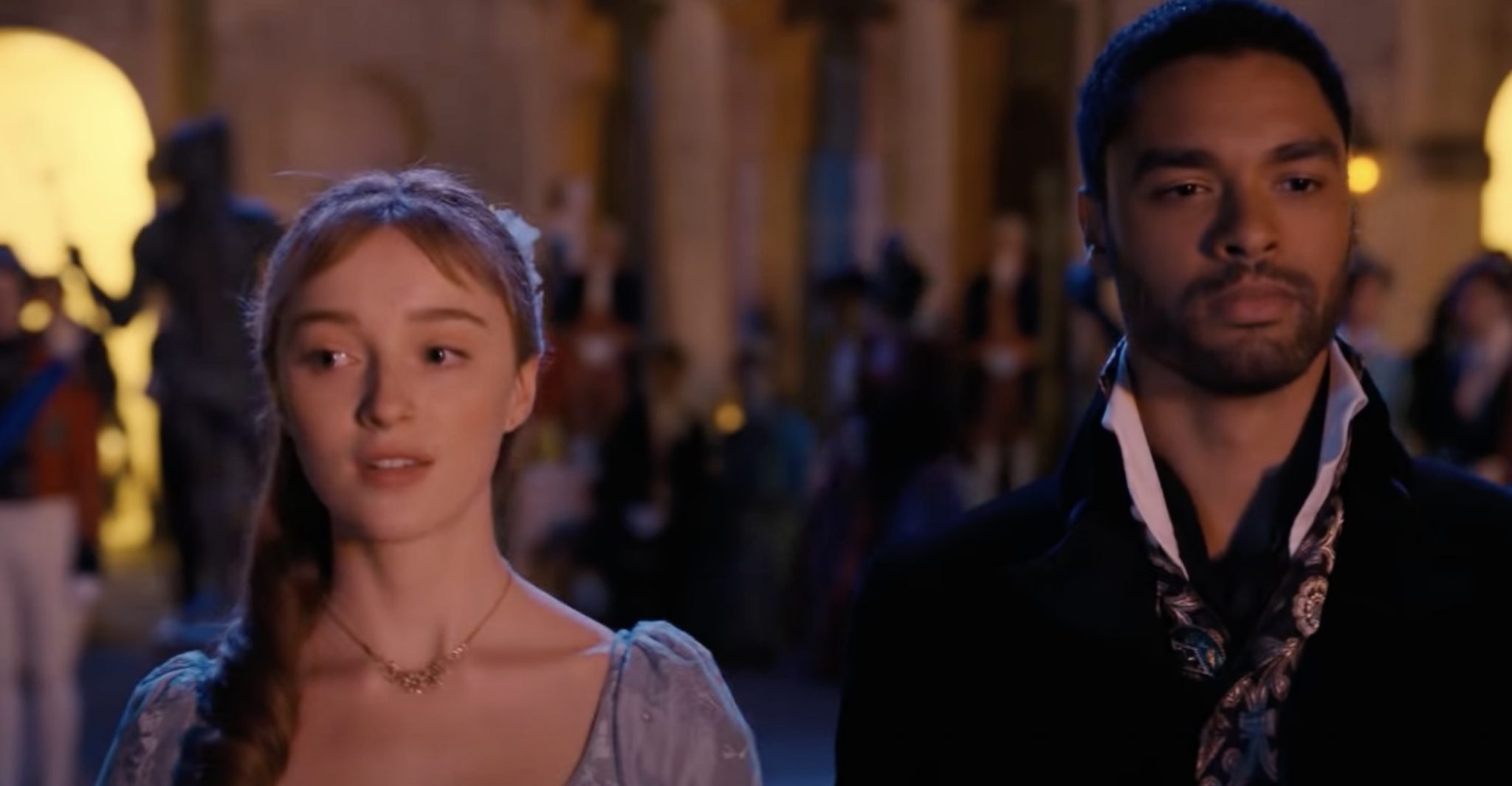 Bridgerton viewers are playing their own version of Name That Tune. That is because the quartets are playing songs from Maroon Five, Taylor Swift, Shawn Mendes, Billie Eilish and Ariana Grande.

Warning: This article goes into detail about the scenes involving the music. Some may be SPOILERS if you haven’t watched yet.

Shondaland’s Bridgerton has made it clear that they aren’t your grandma or your mom’s Regency romance. There is not a pianoforte in sight! This is a reinvented world that is a mashup of the Regency protocol with modern vibes. This is an alternative universe where the Regency era is more integrated. Subsequently, there is a lot of modernity in the details. That includes the music at the various balls and fêtes.

According to EW, fans can listen to the songs in the Lakeshore Records release, Bridgerton–Music From the Netflix Original Series.  Moreover, Kris Bowers created the original compositions. The Emmy-award winning composer worked with the Vitamin String Quartet and Duomo to create the modern soundtrack for the alternative Regency era.

What are the songs and what parts of the series will you hear them?

Pop Songs In Bridgerton And When You Can Hear Them

Curious about the music in Bridgerton? There are a good half dozen songs that pop music fans should recognize. Where do the songs, episodes and scenes can you find modern pop songs that are played by the quartets in the Shondaland series?

The first pop song that appears is “Thank U, Next.” This pop tune is an Ariana Grande tune. The cover version is by Vitamin String Quartet. This Ariana Grande song has to do with her past relationships. Did you hear it in the first episode, “Diamond of the First Water”? Subsequently, it is played at Danbury house, just as the London’s eligible debutantes arrive.

Next is Maroon 5’s “Girls Like You.” Vitamin String Quartet performs this song. Fans of the Netflix show can hear it in Episode 1, right after the big ball at Danbury House. This is when Daphne waits for suitors arrive with flowers and praises. But, she is waiting a long time, as Marina Thompson has snagged the attention of all the local single men.

The next song is Shawn Mendes’ “In My Blood.” This cover is by Vitamin String Quartet. You can hear it at the end of Episode 2, entitled “Shock and Delight.” Daphne has avoided a proposal from Nigel Berbrooke. Instead, she is dancing with Simon, and just beginning to realize that maybe her big brother’s best pal is the man for her.

Certainly, no one could miss Billie Eilish’s “Bad Guy,” covered by Vitamin String Quartet. This catchy tune happens in Episode 2, “Art of the Swoon.” This is played at the ball, when Simon becomes jealous when another gent asks Daphne to dance.

Did you recognize Celeste’s “Strange”? This cover by Kris Bowers features Hillary Smith. You hear this in Episode 5, “The Duke and I.” It is the music played during Daphne and Simon’s wedding night.

Lastly, Duomo covers Taylor Swift’s “Wildest Dreams.” This is during Episode 6, called “Swish.” The newlyweds head for an alfresco inmate encounter in the rain.

What Are Normal Regency Songs?

Although Bridgerton focuses on modern pop songs, previous Jane Austen movies featured traditional music heard during the Regency period. That includes “Mr. Beveridge’s Maggot.” That is the song that previously epitomizes the era.

Now, Shondaland has reinvented a new Regency world. Including the music.

Bridgerton is now streaming on Netflix.