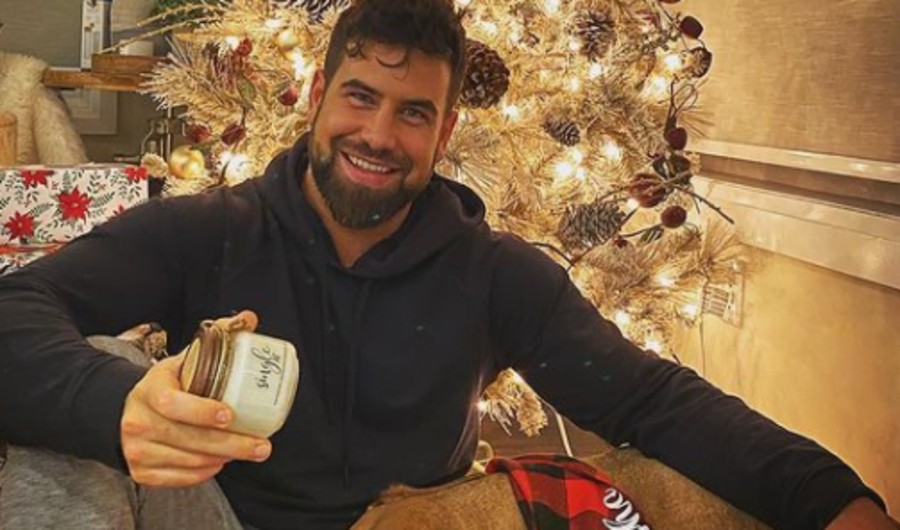 Blake Moynes was a favorite on Tayshia Adams season of The Bachelorette. The other guys joked that all he ever thought were s*xual thoughts. Moynes even made a phallic clay statue for Tayshia during a group date. When they saw a tantric healer she told him he was very sexually charged.

The twenty-nine year old Canadian has been sharing more of himself on social media since the show wrapped. Initially the wildlife manager had a good connection with Clare Crawley and expressed it would be difficult to move forward.

He had an intense connection with Tayshia after he got to know her. The Bachelorette shared with Ellen that he was a really good kisser. That revelation surprised the talk show host. After his exit from the show, he posted on Instagram, “Every journey comes to an end they say, right? Even though I wasn’t ready for mine to end, I’m so thankful for the opportunity.” 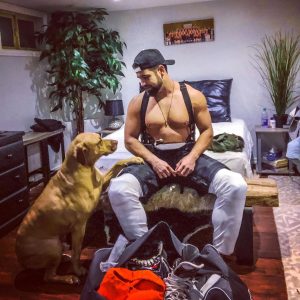 While Blake Moynes has been sharing some sexy pictures, his latest ones were cuter. Blake modeled as a child and shared pictures of him advertising clothes, towels, and toys.

He captioned one of the pictures on his story, “working it.” It features him wearing a striped shirt and striking a pose with his arm around a girl his age. He also said he, “didn’t look like a Rich,” in a photo advertising a towel printed with the name Richard.

In a recent one, he wrote that he couldn’t change in the locker room at the hockey rink so he was changing at home. He shared a photo of himself shirtless with his dog putting a paw on his leg. Fans called it a thirst trap and one said, “all of a sudden I am feeling a little thirsty.”

In a recent picture on his Insta he’s hanging out with Chasen and Jason from the show. The support the boys had for each other during the filming was one of the best things about it. He captioned the photo, “Jason and I making sure we were on Wolverine’s good side.” 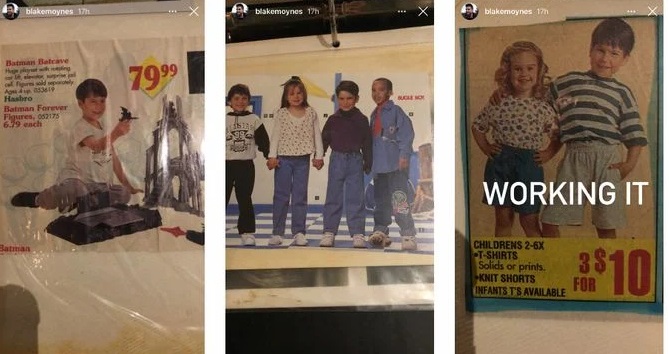 He was referring to when Chasen said he was like a Wolverine when he fought with fellow cast members. Chasen said, “I miss you two studs.” After he left, he showed his support for those left. He said, “Tayshia has herself some absolute beauties left in the final 4 and I’m excited to watch the rest of this crazy journey unfold!” He went on to say if they were in Canada they needed to look him up, “eh!” Fans aren’t going to let Blake fade into the background and hope he may show up on Bachelor in Paradise.