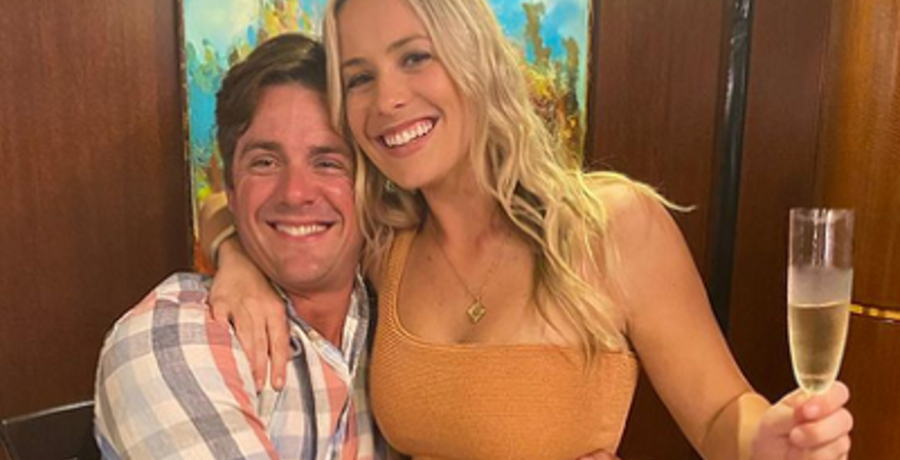 Eddie Lucas from Below Deck was spotted having drinks with Ashling Lorger. The two appear on the eighth season of the show together. But they don’t seem to have any chemistry with each other. Rather, the other deckhands took notice of Ashling the moment she walked onto the yacht.

Now, Ashling and Eddie are sparking dating rumors. Fans remember when he hooked up with Raquel “Rocky” Dakota during Season 3. The two tried to hide their tryst from the others. But the audio captured their infamous hookup in the laundry room.

While Eddie played coy, Rocky caught feelings. She ended up blabbing to the rest of the crew. Since then, Eddie has no interest in a boatmance. But could that change with Ashling?

Eddie and Ashling go out for drinks

Below Deck fans are buzzing over this recent sighting. On Thursday, December 17, Ashling shared a photo of herself with Eddie’s arms wrapped around her. She held a champagne flute in her hand. The blonde beauty also wore a tan one-shoulder dress that showed off her curves.

Meanwhile, Eddie kept it casual in a plaid shirt and olive green shorts. It looked like the two went out for drinks together.

“Cheers to the freakin weekend!” Ashling captioned the post. “What’s your favorite drink?”

The third stew kept things coy. However, fans wanted to know if she and Eddie were dating. They weren’t there to discuss their favorite cocktails. Here are just some of the comments from that post:

Both Ashling and Eddie shut down the dating rumors. “Haha just friends,” she commented on the post. “Aww I love this!! Great friends!” he assured everyone. But that hasn’t stopped fans from holding out hope. Some commented on how great the two look together.

“So wanted this pairing to happen this season!” one user commented. “maybe one day.”

While it’s likely that Eddie and Ashling started dating after filming wrapped. It’s unlikely that he’ll date another crew member. He doesn’t want to get into another complicated situation. He knows how quickly boatmances can fizzle out.

Eddie made his big return on Below Deck Season 8. He made it clear that he’s to work, not to hook up with his crew members. In an interview with Metro, Eddie said that he’s not part of one of the upcoming boatmances.

He was “thrilled” to receive the call to return. Eddie wanted to use this moment to redeem himself to fans. And he couldn’t wait to work with Captain Lee Rosbach again.

“I am absolutely thrilled. Captain Lee is a good friend of mine and a good mentor,” Eddie told the British outlet.

“He’s just an all-around great guy. He and I work really well together, and so it’s fantastic to be able to be back on the water with him, getting the job done and just shooting the s***.”

Captain Lee returned the favor. He said that the bosun has become “a little more mature.” He then joked that if he keeps Eddie “out of the laundry room I think we’ll be fine.” It sounds like Eddie was more focused on his job this season.

What do you think? Should Eddie and Ashling date? Sound off below.