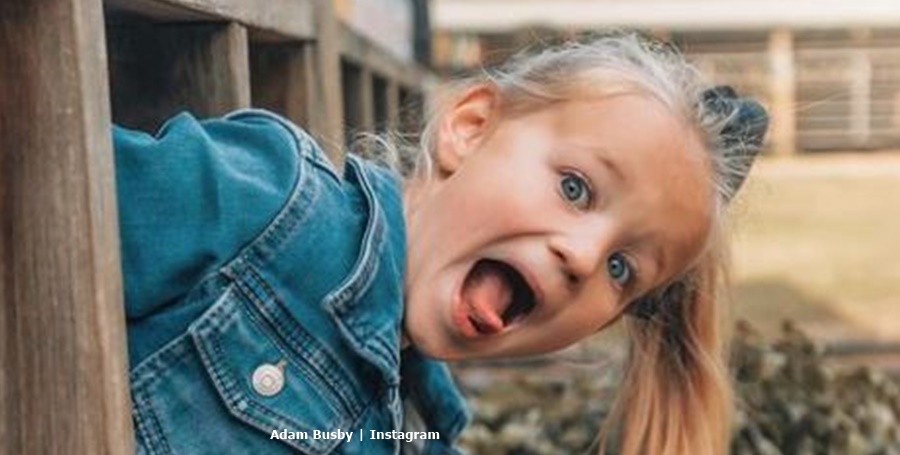 Adam Busby, Danielle, Blayke and the quints seemingly enjoyed their Christmas very much. In fact, pre-season, they worked their way through all the fun things people can do during the holidays. Christmas came and went and no doubt, some cleaning up looms in the future of the OutDaughtered family. Adam blamed Santa for giving the quints slime.

Christmas events like a visit to the Galveston Railroad Museum came this year for the Busby quints.  Plus, they enjoyed a creative day making Christmas ornaments and a tic tac toe board for the back patio. They all enjoyed that day at the Board *& Brush in league City. Christmas arrived, and the family spent time with their cousins. Plus, they attended a Christmas Eve candlelight service. So far, the season looked like a success for the OutDaughtered family.

But Adam Busby’s not too sure about the slime the quints got for Christmas. Taking to Instagram on the day after Christmas, he blamed Santa for delivering it. Olivia looked thrilled with a huge bug handful of the pink stuff. But dad didn’t sound so thrilled. He captioned his photo with, ” Held them off from slime for a few years… Santa let me down. Hope this doesn’t come back to bite us. 😬🤣.”

OutDaughtered fans know that Adam and Danielle recently completed the renovations of their house. Possibly, Adam dreads the thought of slime making its way onto the carpet and the furnishings. Some fans commented about it. One of them said, “Uh ohhhh. Watch out!! 😂.” And another follower commented, “You can always replace the carpet. You can’t replace the memories!😍.”

Meanwhile, another fan of Adam Busby noted, “Stay away from kinetic sand. It’s so cool, but a huge pain to clean.” Other fans wished Adam and Danielle “good luck” with the slime. But as one of them noted, kids love it so much that it’s worth making the “memories.” Then, one knowledgeable fan said, “Slime + long hair is a disaster BUT Dawn dish soap gets it out if it happens lol.”

Cleaning up the Christmas gift messes

Luckily for TLC fans, The Washington Post anticipated Santa might bring along messy gifts. So, they offer some advice to people like Adam. Paint, crayons, slime, and more can end up staining fabrics in the home. And apparently, slime brings dread to the home-lover’s heart. But, there is a secret way to remove the stuff. According to the outlet,  “To remove slime…first remove as much as you can with your hands.” Next, you mix “two parts white vinegar with one part water in a spray bottle.”

After that, Adam Busby and Danielle could “spray the mixture on the slime and allow it to soak, then blot the area with paper towels or a clean white cloth. Keep spraying and blotting until the slime is gone.”