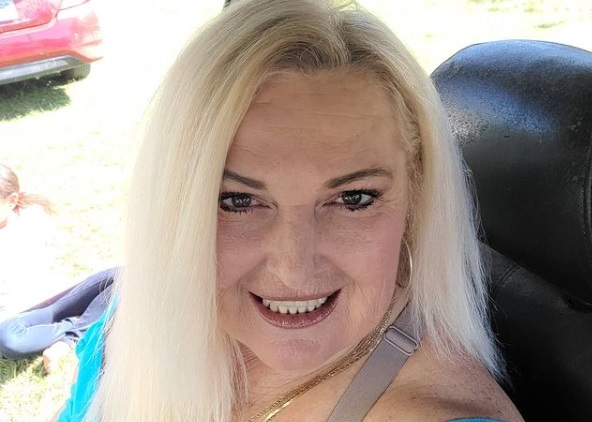 90 Day Fiance star Angela Deem got all decked out for Christmas this year and she seemed to stick to that skin-tight fashion she’s known for. But today fans notice something different as the 90 Day Fiance bride poses for photos. While wrapped tightly in her clothes, she flashed a touch of class this year.

While it’s obvious to fans Angela dropped a lot of weight, she remains mum over her new looks. Even in the holiday photo below, she stays concealed behind the kids. Although her face and arm show the weight loss. All this secrecy spins another theory online. Fans think they know why this 90 Day Fiance lady waits to reveal the full extent of her diet and weight loss.

Angela’s festive clothes might be too tight for some people who like comfort in flowing outfits. But this year fans agree she looked good in her Christmas ensemble. Or at least what they could see of it. Her followers also suggest her clothes still show curves but not like before. Since this 90 Day Fiance celebrity lost all that weight when she dresses to impress, it works.

It seems Angela Deem is one of those special celebrities that separate fans into two camps. This 90 Day Fiance character has her share of fans who love her. Then there’s the camp coming from the opposite direction. Those are the fans who love to hate her. Either way, Angela Deem has a ton of fans, those who find her ever-so fascinating and then those who love to diss her. 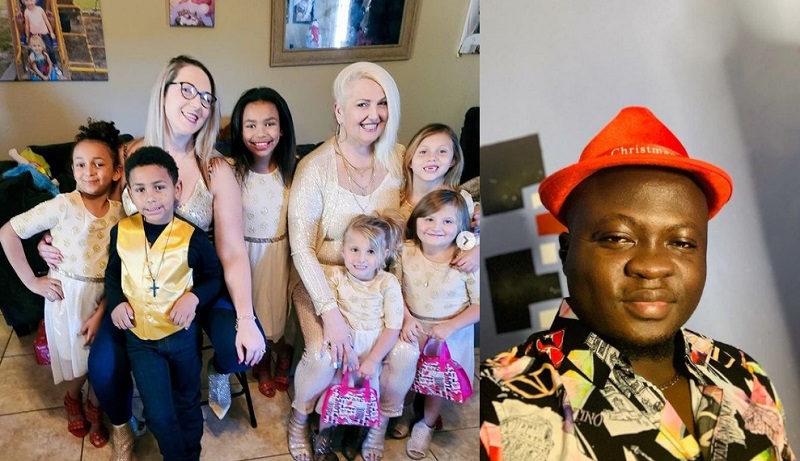 It seems that Angela’s recent makeover leaves fewer pickings for the naysayers out there. Today this globe-trotting bride gets compliments galore. As seen in her holiday photo above, she’s even sporting a new hairdo as well for the occasion.

Her hair appears straightened and swept over to one side. While the fabric of her outfit sparkles, she appeared to tone down the jewelry by wearing fewer and smaller pieces than usual.

Angela and Michael Ilesanmi  Spun Into What?

Then there’s Angela’s husband from 90 Day Fiance, Michael Ilesanmi. Someone somewhere handed him a Christmas hat that makes him look like an elf, suggests one fan. But you have to admit he’s a good sport.

With Angela not showing off her weight loss and keeping mum about life today, fans grow suspicious. Many believe there’s a 90 Day Fiance spinoff in the works for Mr. and Mrs. Michael Ilesanmi.

You have to admit, Angela’s not one to keep quiet, especially over something she’s proud of. From the looks of her latest photo, it appears she has a lot to boast about today with her makeover.

Angela did say during the 90 Day Fiance “Tell-All” that she wanted to lose weight. She also mentioned she planned to undergo surgery for weight loss. But she failed to give details on just what type of procedure she planned to have. In the photos below, it’s easy to see the weight that came off Angela’s face.

With all this mystery and concealment in photos, the theory of another show for this 90 Day Fiance star or a spinoff swirls online today. That would explain why she’s not offered any updates. Or for fans, more importantly, share her weight-loss journey.

Just maybe her recent life events are under contract for a new or another 90 Day Fiance series for just Angela and Michael. But to answer the original question – most fans don’t think Angela wrapped herself up too tight in her holiday garb. Many sing her praises for the way she looks today.