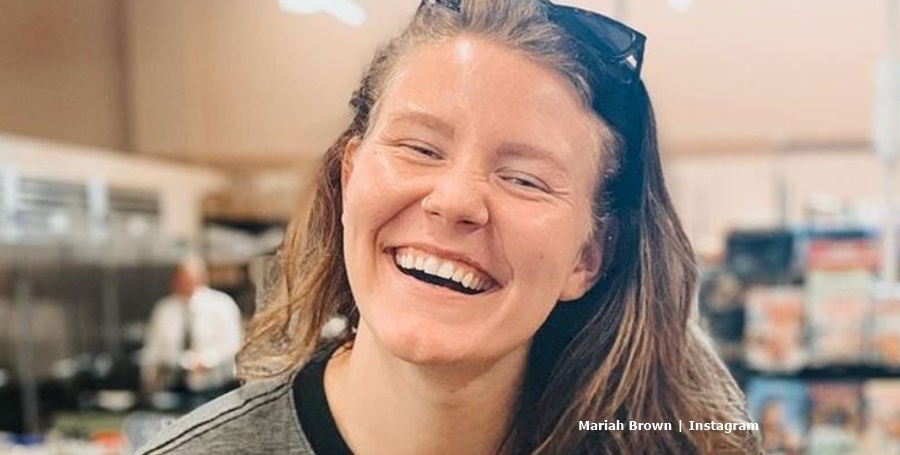 Sister Wives‘ Mariah Brown and Audrey Kriss are engaged. Fans know Mariah came out to Kody and her mom Meri ages ago now. Now, Mariah revealed a few things fans didn’t know about her and Audrey. And she reminisced about their early days together. One photo revealed them on their first date.

We reported in July this year, that Audrey Kriss took to Instagram and wrote a loving post for her “baby love,” Mariah Brown. It came on Mariah’s birthday. Clearly, this couple still sits in a very good place. In fact, fans hope that one day soon, they announce that they plan a wedding. After all, Audrey admits she still feels so lucky that she found her life partner. Her love and pride in Mariah came through in every word.

People reported in February 2019, that Sister Wives‘ Mariah became officially engaged to Audrey. It’s been nearly two years since then. So, possibly, they think about marrying. And fans wouldn’t mind seeing that in a new season of the TLC show. As they met two years prior to their engagement, it certainly seems that they have a fairly solid relationship.  This Christmas, Mariah brown reminisced about their early days and shared some memories of Audrey.

Fun fact about Audrey from Mariah

Mariah did a Q&A on her Instagram stories on Christmas Day. There, she shared a fun fact. Posting the first photo of them together, Mariah said she and a friend named Nicole Cherry McKenna planned a trip to a Bernie Saunders’ rally. Held in Salt Lake City, Nicole asked if Audrey could join them. Well, Mariah reminded her fans she had a huge crush on Audrey. So, obviously, she agreed. In fact, she drove the two women and when they got there, they took their first photo together.

Next, Sister Wives‘ Mariah Brown shared the first photo they took together after they started dating. The two women took a selfie together and sent it to a friend on Snapchat. It came as an apology after they watched “Harry Potter” without her. Although the photo’s only a few years old, they looked so young and carefree back then, do you agree?

Another throwback photo of Audrey Kriss and Mariah

More recent photos hark back to before COVID-19. One of then revealed a tasty looking meal. It came when Mariah Brown last felt “at peace.” The Sister Wives star said that they ate “brunch” at Dollop Coffe Co. It’s their favorite place. But, because of COVID-19, they haven’t eaten there for a while now. However, they hope that one day soon, they both visit their favorite coffee spot again.

What did you think of those little anecdotes and reminisces that Sister Wives‘ Mariah Brown shared of Audrey? Do you hope that they plan on marrying soon? Sound off in the comments below.