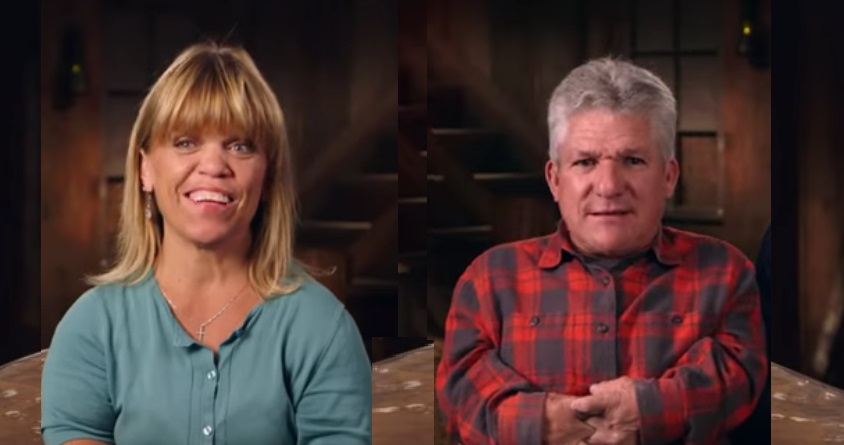 Little People, Big World stars Amy Roloff and Matt Roloff have gone their separate ways but when it comes to holidays, plans can get tricky. That’s especially true if you’re in the public eye, like Matt and Amy.

It’s sometimes tough navigating family events as divorced parents. But when cameras take it all in, like the Little People, Big World couple, you probably tend to be very mindful when making plans.

These divorced parents need to make holiday choices as far as celebrations. But their new significant others play a part in what that celebration entails.

Today it sounds as if things remain cordial between the Little People, Big World mom and dad. But it might be a bit different when the cameras go away. Especially if their new partners have other things in mind.

Matt has a history of snubbing Amy for family events

Fans of Little People, Big World look back on past Christmas celebrations of this family. They reminisced about one December event in particular that took place a few years back. Both Matt and Amy were with the same partners as they are today, Caryn Chandler and Chris Marek.

Matt and Caryn planned a huge Christmas party for the Roloff family. This was back during Season 18. Some fans thought that it sounded as if Caryn wasn’t all that gung-ho about extending an invitation to Amy Roloff and her boyfriend Chris.

The Little People, Big World kids planned to attend. But apparently, it was Matt who decided against inviting Amy and Matt. He did this even though Amy still lived on the farm back then.

At the time, Matt Roloff told the Little People, Big World cameras, “I want to have a Christmas party for the family.” He also told his fans how important it was to him.

He then shared, “This year is Caryn’s first big Christmas with the family, and I know that she’s nervous because it’s her first time to really host a Christmas party for the family.”

Caryn sounded a bit more diplomatic on camera than saying a flat no to Amy’s invite. She said, “I know the kids and they know me, but blending family is always interesting.” When asked about inviting Amy and Matt with a “courtesy invite” Caryn hedged a bit. She said to Matt,  “It might be nice to start our own traditions.” Then she added a “but.”  Caryn said, “But, she’s always welcome.”

It was the first year Caryn took part in hosting this party. But she had known Matt and the entire Roloff family for some time by this point. She worked on the farm and became friendly with Matt.

Maybe Still A Tad Bit Of Uneasiness From Betrayal?

Some years have passed since then. In recent times Matt and Amy surprised the fans by posing with the new loves of their lives for Christmas pictures. All four of them posed together decked out in the colors of the holidays.

Amy with Chris and Matt with Caryn sat together in front of a Christmas tree. They say a picture is worth a thousand words and that seems to have some truth to it at times. So what about this Little People Big World Xmas Photo?

Matt posted a photo of all four of them on social media, which is seen below. But Amy posted a picture of just her and Chris. So some questions bubbled up regarding Amy still holding a tad of a grudge. 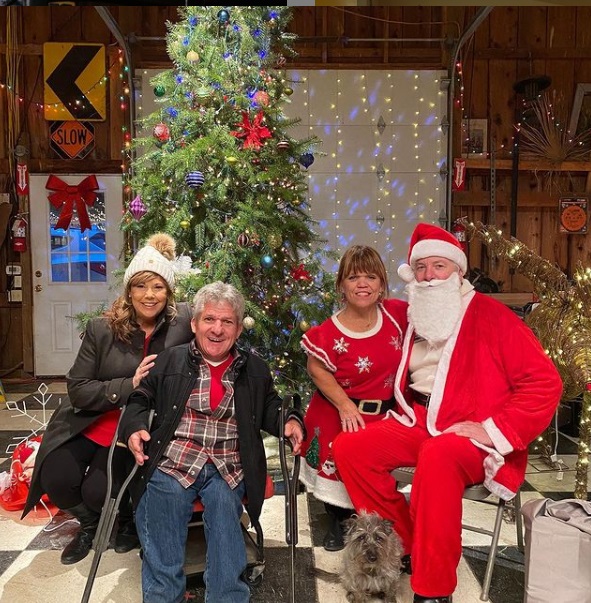 You might think that Amy just cropped Matt and Caryn out of the photo. But the picture Amy shared online of her with Chris was a different photograph than the four of them together.

So, it’s not as if she deliberately cut Matt and his lady love out of the photo. But some fans thought that was the case.

Many Little People, Big World fans haven’t forgotten what Amy wrote in her book. She described the relationship between her husband and Caryn as starting before they split up as man and wife.

She felt devastated at one point over this betrayal. Amy said she never felt so alone and betrayed when she began to suspect their relationship as more than friends.

This mom from Little People, Big World wrote: “I saw messages, pictures, and other things that should not have been shared between people who just worked together and were still married to other people.”

But this was a while ago and it seems things are better today. It appears both Matt and Amy can move forward and actually socialize together along with their new love interests.