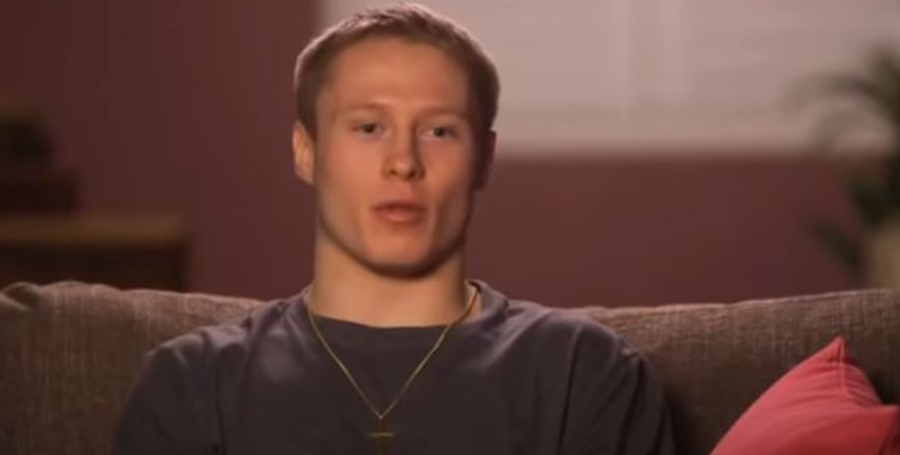 Unexpected star Taron just admitted he gave his daughter Danica a knife to play with. The admission came after a drama about a Snapchat photo which suggested that Reanna gave the baby a knife. Anyway, as the tea spills, the toxicity between the ex-couple on TLC heats up.

Unexpected Taron speaks out amidst baby with a knife controversy

We reported that many fans find the TLC show “toxic” and “stupid.” In past seasons, fans saw a lot of toxic stuff going in with the likes of Matthew Blevins and the two Haileys. Plus, the returnees, Tyra and Alex reveal more toxic stuff going on. So, yeah, fans agree that it is toxic. But this season, the toxic stuff mainly comes between Taron and his 15-year-old baby mama, Reanna.

We also reported that unsurprisingly, Taron and Reanna split. And both of them seemingly found new partners. Taron probably dates someone named Tori. And Reanna also shared photos of a new man in her life. While both of them seem to adore their daughter Danica, it certainly looks like they won’t ever be lovers again. Now their drama spills off the Unexpected screen and into social media. This time about a knife that baby Danica played with.

Taron gave Danica a knife to play with

Reanna and Taron spend rather more time on Snapchat than on other social media platforms. But both of them follow what fan groups say about them. Redditors found a post by Reanna on one Facebook group. There, she defended herself after a photo emerged that showed Danica with a knife. Notably, before you freak too much, it’s the type of knife that folds in. However potential for danger seems obvious.

The Unexpected mom obviously took some heat for it. After all, it seemed that the Snapchat post revealed her name as the poster. But she denied that and told fans that Taron used her old phone to join Snapchat. So, she claimed he gave the baby a knife to play with. Later, on Instagram, it emerged that Taron admitted it. But he claimed it was broken and wouldn’t open.

@tlc.unexpectedtea on Instagram grabbed a screenshot by Taron that he put up on Snapchat. In it, Taron admitted he gave Danica the knife. But, he noted that he and “his friend tried opening it.” But, it’s “broken.” So, it won’t open. Plus he admitted he made “a mistake.” Additionally, he said he ended up “taking parenting classes” after the incident. He said that he really wants to “be a part of “Danica’s life.
Plus, Unexpected star Taron slung some dirt back at Reanna. He claims she’s not the perfect mother that she makes out. He said that she didn’t want him in his baby’s life even before the photo of the knife emerged. And, he accused her of attending a “party with drugs and alcohol” while pregnant.
Next, Taron alleged that when Danica first came home, they couldn’t stop her crying. So, Reanna took her newborn outside in the freezing cold without any coverings.
What do you think of all these Unexpected allegations about the knife, drugs, alcohol and abusing a baby in the freezing cold? Sound off in the comments below.