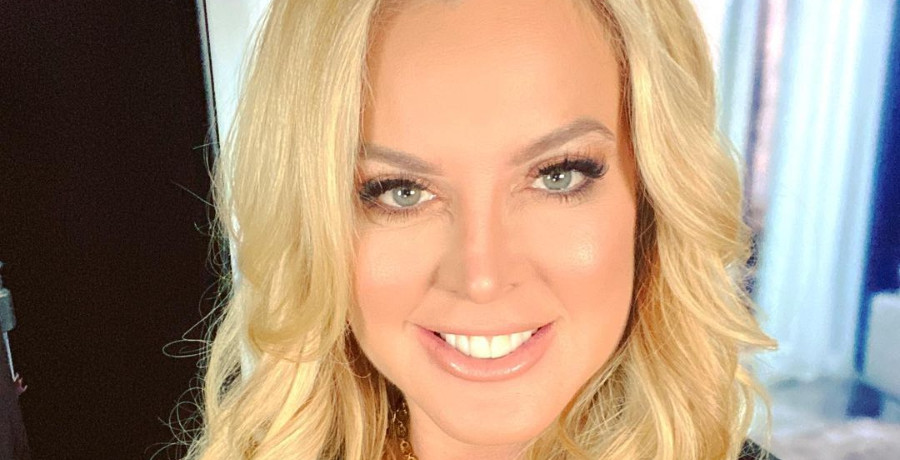 Bravo fans don’t know much about The Real Housewives of Orange County newbie Elizabeth Lyn Vargas. She keeps her personal life close to the vest, unless it is about the divorce she can’t talk about or how rich she is. Her co-stars think she’s lying about the parts of her life she does share.

During the latest episode, Elizabeth dropped a shocking secret on Braunwyn and viewers. Bravoholics took to Twitter to share their thoughts about Elizabeth’s big reveal.

Some of the ladies from RHOC took a vacation to Lake Arrowhead during the filming of Season 15. Shannon Beador and Emily Simpson couldn’t go, as both were battling COVID. However, Kelly Dodd, Gina Kirschenheiter, Braunwyn and Elizabeth all went to the vacation spot. While Kelly and Gina rode bikes, Braunwyn and Elizabeth went on a hike for a private chat.

#RHOC “I don’t tell many people this” Cameraman:”em, Elizabeth, don’t want to ruin your moment but……*points at camera *

The Bravo editors used that footage several times before fading off into commercials. It wasn’t until almost the end of the episode that Elizabeth’s big secret came out: She grew up in a cult.

In fact, she recounted a story from when she was eight-years-old and the church leaders made her “speak in tongues” in front of the congregation. One person even passed out, according to Elizabeth. She confided to the camera that the experience made her realize how easy it is to lie.

After her shocking revelation, Elizabeth could not stop talking. Her childhood experiences came rushing out of her mouth so fast that it was hard for Braunwyn (and viewers) to follow. At one point, she said that she was beaten and threatened with death daily. That made Braunwyn respond, “wait, WHAT?” But Elizabeth didn’t go into further detail.

Instead, she shut down and began to have a panic attack, per People. Braunwyn tried to help her friend calm down. The next episode will likely pick up with Elizabeth’s panic attack.

Throughout her short time on RHOC, Elizabeth Lyn Vargas has changed her story a lot. One thing that her co-stars can’t sort out is if Elizabeth has been intimate with her boyfriend or not. During an early episode, she said that they were celibate until after her divorce was final.

But at a party in a later episode, she said they had been intimate once but then her boyfriend found out she was still married. However, in another conversation moments later, she insisted he knew she was a married woman when they hooked up.

Another thing not adding up is her claims of being extremely wealthy. She even said that she rents a separate home just for her clothing. Fans are just as confused as Elizabeth’s co-stars over whether Elizabeth is telling the truth at all.

Since Elizabeth hasn’t earned the trust of viewers, they are skeptical of her cult story. After the latest episode of RHOC, fans took to Twitter to talk about Elizabeth’s confession.

Is Elizabeth a spoiled brat, a victim of a cult or lived in poverty? Pick a victim category and stick to it. There are people who actually live in poverty. Maybe she should help them instead of bitching.#rhoc

Elizabeth just finished telling us how she learned that lying works great for her, then turns on the waterworks and lies some more. ???#RHOC

I have known people like Elizabeth. She is clearly making stuff up. #RHOC

Elizabeth is having anxiety about the upcoming #RHOC when her secret will be revealed. From what I’ve put together it will revolve around her involvement in her family’s cult like church when she was young. She is now strongly against this church and wants to stop them. pic.twitter.com/ThYlRU4hVU

While Elizabeth’s cult story was in doubt, many viewers took their wrath out on Braunwyn Windham-Burke. The mom-of-seven somehow found the time during quarantine to investigate Elizabeth’s property records. The hike from the Lake Arrowhead episode was a chance for Elizabeth and Braunwyn to hash out their differences.

One fan even called Braunwyn out for not protecting Elizabeth from the cameras during her panic attack.

I really thought when Elizabeth was having a panic attack and Braunwyn held up that sarong that she was trying to shield her friend from the cameras while she was in crisis. Nope, it was for the ground so her friend could sit on it and the cameras could get a better view. #RHOC

While fans aren’t sure about Elizabeth, they are decidedly against Braunwyn Windham-Burke after her recent on-screen behavior.

Do you believe Elizabeth’s cult story? What about her claims of being rich? Let us know your thoughts in the comments down below.

There are still a handful of episodes left in Season 15. Fans also have the reunion to look forward to in early 2021.