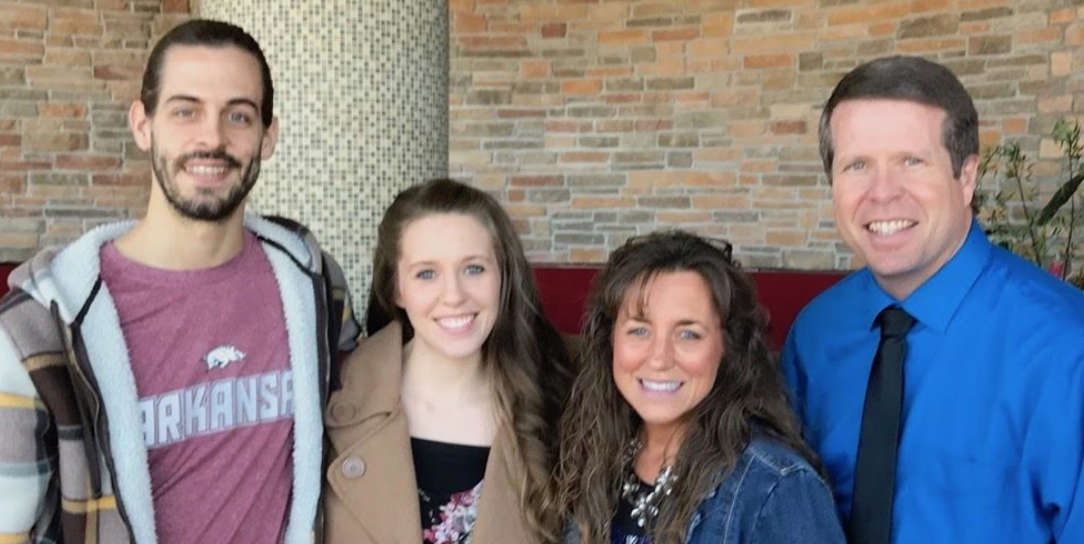 As TV Shows Ace reports, Derick and Jill Dillard shared a new family photo while they were at church on Christmas Eve. The photo includes the couple, as well as their two sons, Israel and Samuel. The family seems to be enjoying the holiday season, and Jill reveals that she loves the Christmas program at church.

While many of Jill’s Instagram followers are loving the new post and commenting on the cute family, one fan made a comment that was later deemed as “rude” by other fans. The commenter wrote, “Make more babies jill and derek.”

Immediately, other fans responded to the comment and said that it was “weird” and “rude” to say something like that.

But the fans weren’t the only ones who decided to weigh in. Jill herself left a reply to the comment. She simply wrote, “lol,” which means “laughing out loud.” She left it at that and didn’t elaborate. From the looks of it, Jill thinks that the comment was funny.

Jill Dillard’s followers are proud of her for commenting and not letting the negative comments get to her. Being in the public eye means plenty of scrutiny. But, Jill and some of her siblings are good at handling the backlash. They aren’t afraid to clap back.

On their YouTube channel, Jill and Derick frequently answer fans’ questions about their lives. Since the couple is no longer on the family’s show on TLC, this is a good way for fans to learn more about them. At one point, birth control and future kids came up.

Fans assume that someone in Jill’s Instagram comments section isn’t going to have an impact on her having more kids right now. Jill and Derick appear to be waiting for the right time to add to their family, if they choose to do so. For now, they seem to be enjoying their two sons. Israel is in kindergarten, so Jill gets plenty of time with Israel. Plus, Derick is in law school.