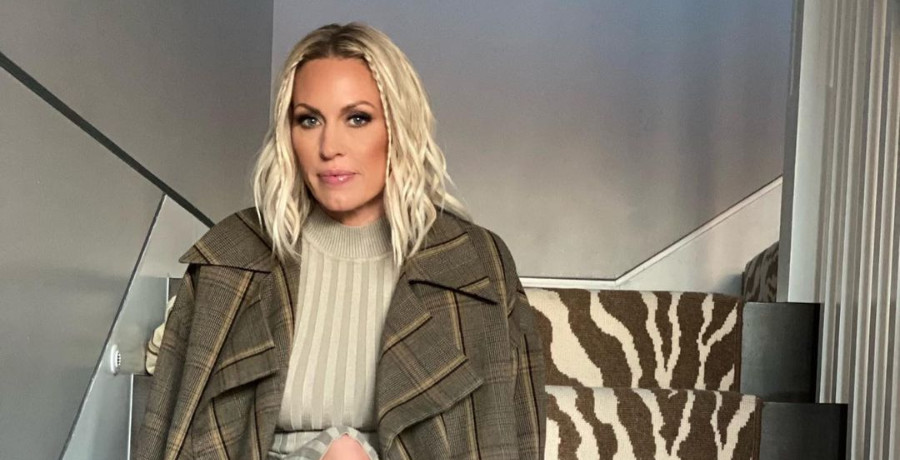 The Real Housewives of Orange County star Braunwyn Windham-Burke raised eyebrows among her co-stars during their trip to Lake Arrowhead. While talking to them about her friend, Shari, she may have made a Freudian slip about their relationship.

The traditional cast trip on the Real Housewives franchise was less than traditional on Season 15 of RHOC. The show was filming during the pandemic, making vacations difficult to arrange. In fact, Emily Simpson and Shannon Beador couldn’t go because they were battling COVID. The other ladies – including Braunwyn, Elizabeth Lyn Vargas, Kelly Dodd and Gina Kirschenheiter, all went to Lake Arrowhead.

Braunwyn admitted during the Season 15 premiere that she’s an alcoholic. So, she didn’t feel comfortable staying in the same resort as her lush co-stars. Instead, she stayed alone in a nearby hotel. But that didn’t help the ladies get along. During last week’s episode, Kelly Dodd and Braunwyn argued over the Black Lives Matter protests. Braunwyn took part in some of the protests, but Kelly Dodd shaded her for it.

What was meant to be a relaxing, bonding trip became stressful for Braunwyn. She reached out to her good friend Shari. But when telling her co-stars about the chat, she slipped up and called Shari her “wife.”

At the time of filming, Braunwyn hadn’t come out publicly as a lesbian yet. But her co-stars picked up on the term of endearment anyway. Several of them made shady comments in their confessionals about Braunwyn using the term for a friend.

Bravoholics also thought Braunwyn calling another woman her “wife” was odd, considering she’s been married to Sean Burke for over 20 years. However, Braunwyn’s husband, Sean Burke, recently moved out of their home, as she explored a relationship with another woman. He moved back home around Halloween and they are working on a “modern marriage,” AKA an open marriage.

A few fans didn’t think it was an odd thing to do, though. They wrote that they call their friends “wife” or “wifey” all the time, too. What do you think? Is it weird or completely normal?

“Bi-erasure” happens when bisexuality is ignored while lesbians are celebrated. Twitter user @BRAVOpinions called Bravo out for ignoring the Housewives who have previously come out as bi.

…really @BravoTV ??? You better call your intern bc braunwyn is NOT the first LGTBQ housewife…there are multiple who have come out as bisexual.

For a network who has so many LGBTQ fans you should probably not discount the “B” in LGBTQ. Thanks. #RHOC pic.twitter.com/jAa0vTZVXL

For example, RHOBH alum Brandi Glanville was open about being bi during her time on the show. She also appeared in the recent Season 10, claiming to have an affair with Denise Richards.

Fans responded to @BRAVOpinions’ tweet with other examples of bi Housewives. Some fans did admit that Braunwyn is the first lesbian Housewife, but that doesn’t excuse Bravo’s bi-erasure.

Do you think Bravo has a tendency to ignore bi stars of their various shows? Let us know in the comments down below.