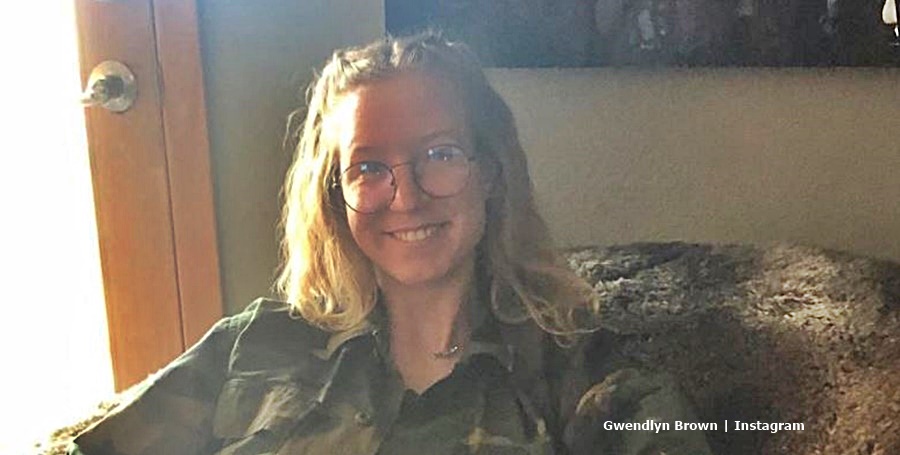 Sister Wives Gwendlyn Brown fans speculated about her being a part of the LGBTQ community since January this year. Since then, she became more vocal about it. And, she used “raging bisexual” in her Twitter profile for a while. On December 23, she took to Instagram Stories and told fans TikTok suspended her for referring to “homosexual” in her profile.

We reported in August this year that fans saw a lot of posts going up by Gwendlyn on social media with rainbows. Initially, some people thought that she just stood in support of her sister, Mariah. But, as time went by, she became more open about her stance on being LGBTQ. So, many TLC fans think she definitely follows Mariah’s gender preferences. Mind you, on Instagram Stories she confessed her secret crush is Mark Ruffalo. But that’s okay, as she described herself as “bi-sexual.”

Actually, at one stage, Sister Wives star Gwendlyn Brown complained her sibling didn’t take her seriously. She took to her Twitter and wrote, “That moment when you find out your sibling’s gossip about how they don’t think your sexuality is real or possible #ThisIsSomethingWeCanAllRelateToDefinitely.” Well, real or not, she apparently used the word “homosexual” in her TikTok profile and they suspended her. But, she fought back. 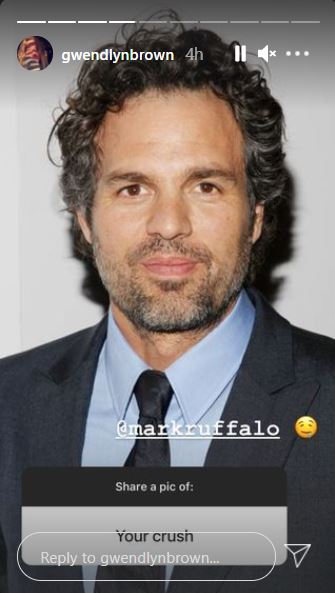 Gwendlyn shared a few screenshots of her TikTok account. In one, the admins told her that they suspended her until December 24. The notification said that she “violated…community guidelines.” According to Gwen, they blocked her as she used the word “homosexual” in her bio. So, she said, “I called them out…[as] homophobic/heterosexist and they gave it back…LAMOOO.”

In the second screenshot, the TikTok notification told the Sister Wives star that they reviewed it and they apologized for “inconvenience.” So, they “restored” her account. And, they thanked her for being part of the “TikTok community.” Well, it looks like Gwendlyn Brown scored a victory there. But it’s not the first time that people who put that in their bios got blocked by the site. 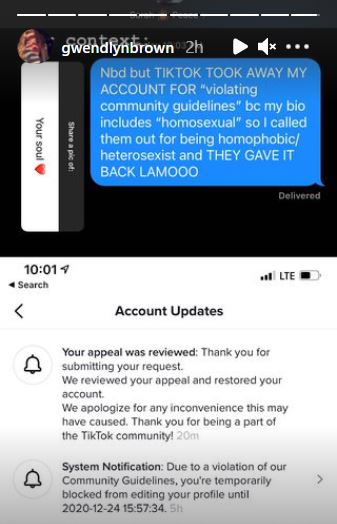 According to The Guardian in November 2019, TikTok made efforts to “Provide locally sensitive moderation.” Back then, apparently, the site “[banned] any content that could be seen as positive to gay people or gay rights.” Plus, they stopped content of “same-sex couples holding hands.” They even applied that in countries that allow homosexuality. That came rather a long time ago. Possibly, the issues Sister Wives Gwendolyn claims she faced still regularly occur.

Did you know about censorship like that on the site? Did you ever face any issues like Gwendlyn Brown on TikTok? Sound off your experiences in the comments below.

What Exactly Does Jovi Dufren From ’90 Day Fiance’ Do For A Living?
Kristin Cavallari Is Charmed; Is She Dating Austen Kroll?
Danielle Busby Has Mixed Feelings As She Leaves Blayke Behind?
Dr. Now Shares A Key Factor In Reversing Obesity: What Is It?
Lifetime’s ‘Left For Dead’ Continues Summer Of Secrets Series