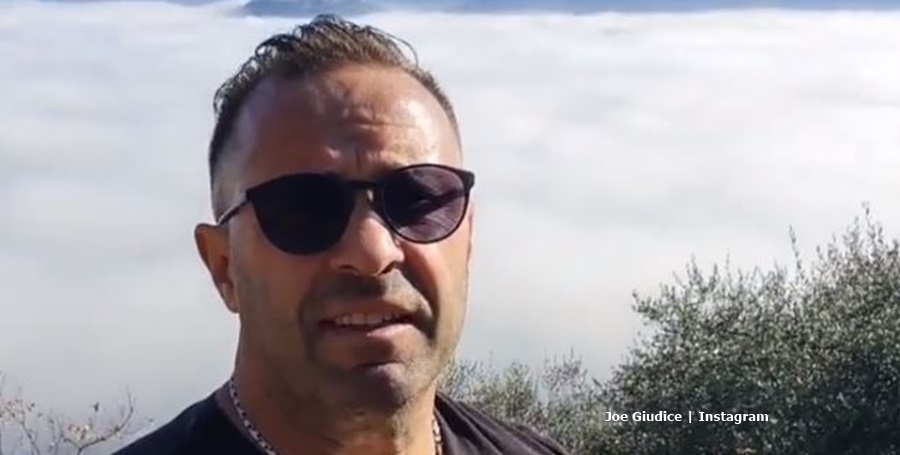 Joe Giudice and Teresa both moved on from each other. Teresa officially dates Luis Ruelas. And now news came out that Joe also dates someone else: Daniela Fittipaldi. The Real Housewives of New Jersey couple separated after his deportation to Italy. Married for 20 years, they still care about each other. However, they both found someone new to love.

Joe Giudice with Daniela Fittipaldi since the summer

We reported that Teresa Giudice went Instagram-official with Luis Ruelas. On December 23. She shared a photo of them together. The Bravo star captioned it with, “The BEST thing that came out of 2020.” Actually, fans pretty much already knew about Luis. And, some news that emerged suggested he might have soothing of a shady past. The co-founder of Digital Media Solutions comes with the kids from a previous marriage. Plus, there are allegations of abusive behavior from an ex.

We noted that later the lawsuit was dropped against Luis. So Real Housewives of New Jersey fans hold out a lot of hope that he treats Teresa well. Certainly, she looks very happy with him. And, she once complained that she seldom laughed with Joe Giudice. So presumably, Luis fills that void. Now that Joe also found someone new, naturally, Bravo fans hope that he also fills the void of loss and unhappiness. Joe and Danielle apparently spent a lot of time together since the summer.

According to US Weekly, a source told them that Joe and Daniella Daniela Fittipaldi spent time together when Gia and Milania visited Italy. Apparently, they all got along just fine. And, that’s important for Joe and his daughters. After all, they clearly love each other very much. When Joe shared a bunch of slides and videos on December 24, the third one revealed Daniela.

Joe captioned the post with “Biggest-life LESSONS ✨Quality over Quantity 💰 Happiness doesn’t depend on wealth.✌🏻 Put it behind you and move on. ♥️ love yourself to know what you want! 💇‍♂️ BRUSH YOUR HAIR, rinse your mouth 👄, and Keep It Simple!” Well, she looks very attractive. Mind you, some fans thought it was odd that between Teresa and Joe Giudice, they mirrored each other with their love interest reveals.

One fan really liked the message that Joe put out in the caption. And Joe said to them in the comments, “WHEN YOU LIVE and experience situations you can actually give advice that matters and hopefully people listen. Thanks for listening.” Meanwhile, others mentioned Daniela.

One fan wrote, “Be happy Joe.” And another one noted, “That’s right Joe you both deserve happiness even if it’s with someone else…💕💕.”

Joe Giudice remarkably ended up in jail but still retained a lot of loyal followers. That’s not always easy for celebrities. Usually, fans adore TV stars until they fall. Then, they hate them a lot for their tarnished reputation. But with Joe and Teresa, RHONJ fans just wish them love and happiness in years to come.

Whitney Way Thore Answers Questions About Her Mental Health
Is ‘Making The Cut’ Renewed For Season 2? Heidi Klum, Tim Gunn Have News!
‘iCarly’ Star Jennette McCurdy Explains Why She Quit Acting
‘Yellowstone’ Father Figures On And Off The Series
‘Yellowstone’ Fans Marvel At The Many Talents Of Kevin Costner