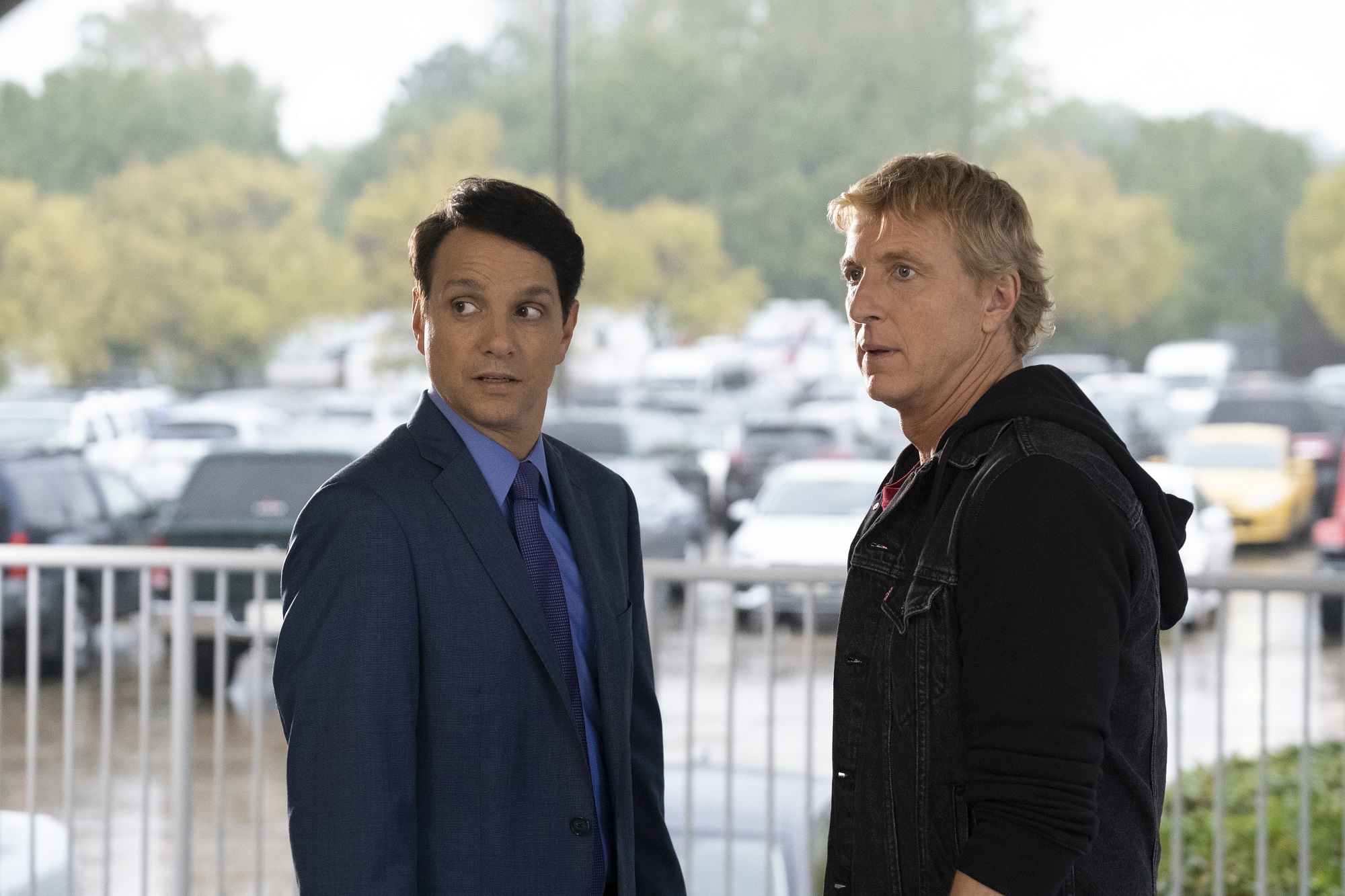 Netflix offered an exciting Christmas gift, promising to start 2021 with some positivity. Cobra Kai Season 3 is dropping earlier than anticipated.

Netflix initially planned Cobra Kai Season 3 for Jan. 8. That date came after the confirmation that Season 4 is definitely happening. Fans can still binge-watch all 10 episodes of the season without worrying about a cliffhanger ending. There will be a resolution in the fourth season.

Now, the episodes come to Netflix on Jan. 1, 2021. All 10 episodes still drop together. Netflix isn’t attempting anything like Amazon has with the weekly release formats for The Boys Season 2 and The Expanse Season 5. However, it is important to note that Amazon wasn’t the one to decide the weekly release. That request came from the creators of the two shows.

There is no timing for Cobra Kai Season 4 just yet.

What to Expect on the Third Season

Cobra Kai Season 3 picks up with the ending to the second season. Johnny is struggling with the events from the fight at the high school, which led to one of his own students falling from a height and landing on a banister. In the trailer for the third season, fans know that Miguel may never walk again. He will need to learn how to deal with his disability, along with the knowledge that he won’t be able to do something that he loves anymore.

Johnny isn’t giving up on Miguel, though. In the trailer, fans see him with Miguel, pushing him to fight for his dreams.

Danny and Johnny’s rivalry is also coming to an end. There are moments in the trailer where the two work together, offering something that many fans have wanted to see since the beginning of the Karate Kid series.

However, that doesn’t mean everything is over with rivalries between the two dojos. Johnny may no longer be the owner of Cobra Kai, but someone else is. It’s time for a former nemesis to take over that position once more.

According to TVLine, Cobra Kai Season 3 will drop on Netflix on New Year’s Day. With this and the Doctor Who Season 13 holiday special, your TV viewing is likely completely sorted.

One of the big questions for many fans is whether Ali will return. She is the ex-girlfriend of both Johnny and Danny, the main love interest from the Karate Kid movies.

While she wasn’t in the trailer for the season, that doesn’t mean she won’t turn up. At the end of the second season, Johnny unknowingly got a social media friend request from her. It was a huge hint that she would become part of the story for the third season.

Which ‘RHOC’ Alum Could Return As ‘Friend’ Of The Housewives?
Wait, Are The ‘Twilight’ Movies Really Headed For Netflix?!
‘Yellowstone’ Season 4: Why Wasn’t It On Tonight?
Lifetime’s ‘The Seduction Of Joyce Mitchell’ & ‘Cellmate Secrets’ Tell Story Of New York Prison Break
Justin Duggar’s Wife Claire Spivey Shows Off Transformation [Pics Inside]