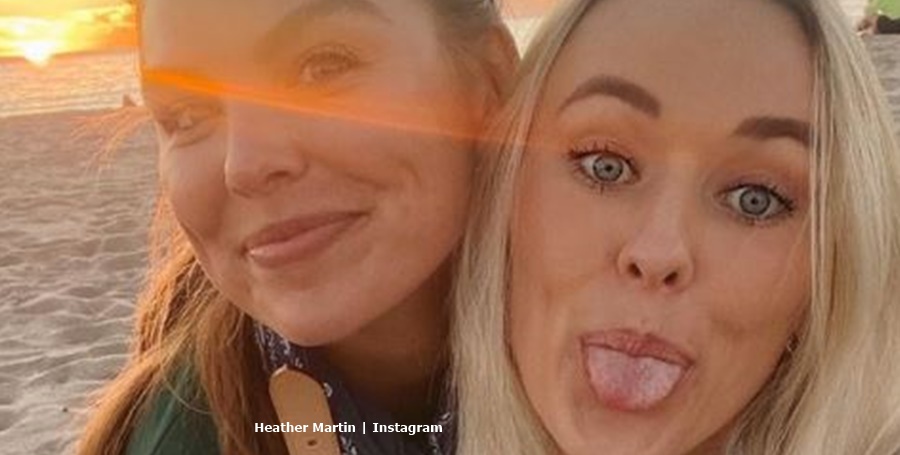 Bachelor Matt James gets an unexpected visitor in the upcoming season. Her name’s Heather Martin, and fans are not certain why the producers brought her into the show. Anyway, she appears, and as some people might not recall her very well, we took a lot at what’s known about her.

We reported that Heather didn’t feature on the list of original contestants for Matt. The news that she features in his season came via Guru Reality Steve. Plus, Matt didn’t keep her around. Apparently, after a few hours, he sent her back home. There, no doubt she commiserated with her bestie Hannah Brown. Steve actually thinks Hannah Brown might be behind the reason Heather arrived in Matt’s season.

Bear in mind that Bachelor Matt lives with Tyler Cameron. And, Hannah and Tyler remain close since The Bachelorette. In fact, she spent part of quarantine with him and his friends. Even though there’s a good chance that Matt already knows Heather Martin via Hannah, he possibly sent her home as it’s not really fair on the other contestants, Reality Steve surmised.

Previously tied to rumors that she dated Bringing Up Bates star Lawson Bates, that turned out false. On September 10 fans thought they spotted a new romance between her and Lawson. However, it just turned out that she participated in a video for one of his Country songs. One snap he shared revealed them out pole fighting together. But, that was staged footage for his song.

So, as far as fans know she’s not dating anyone else. Cosmopolitan reminds readers that Heather’s “a 24-year-old influencer from Southern California.” And, she hangs out a lot with Hannah Brown. Bear in mind, Heather Martin also featured on The Bachelor before Matt James. In fact, she featured in the season with Colton Underwood as the lead. While he came tagged as “The Virgin,” he knew how to kiss. In fact, Heather said when he kissed her it was her very first time.

You may recall that on the ABC show, Heather Martin remained until Week 7. But then, despite his kiss, she quit. Apparently, she simply “didn’t feel the vibe” from Colton. Well, it looks like Matt James never felt the vibe from her either. Nevertheless, it should be interesting to see how their meet-up went on The Bachelor.

In the meantime, if you follow Bachelor and Bachelorette alum Hannah, you’ll see she and Heather hang out a lot on the beach. But neither of them drop any spoilers on Matt’s season. Actually, very few spoilers come out for Matt’s season. It looks like the ABC execs tightened up on too many leaks again this season.