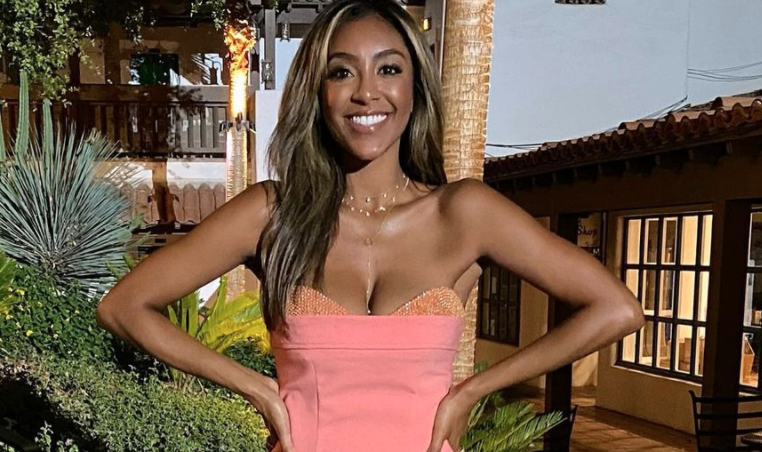 Tayshia Adams’ time as The Bachelorette has finally come to a close. Now, an even bigger question is at hand. Will she join Dancing with the Stars?

But the real question is, would Tayshia be down. According to Extra, Tayshia says yes!

“If I get asked, let’s go! I am ready to put my ballroom shoes on,” Tayshia says about the show.

How fun would that be? Additionally, it seems like Tayshia really has a personality that would shine on stage and maybe she can even dance. It would be so cool to see her dance the night away on the stage. And, maybe even bring home another Mirror Ball for Bachelor Nation.

Is there a wedding date?

Tayshia is getting married! She and Zac Clark are tying the knot. Now, fans wonder if they have set a date for their wedding yet.

“We don’t have a date as of yet, so we’ll let you know when that happens.” When it was suggested that they should do it later when people won’t catch COVID they said, “I think we agree with that — we’re with ya.”

Other than wedding plans and Dancing with the Stars plans, Zac is talking about how hard it is to just trust the process. However, he did and it really seems to have paid off.

“What I can tell you is that there was a lot of really good guys there,” Zac said about The Bachelorette. “My mindset the entire time was I had to trust Tayshia to do what we had to do to get us to where we need to get to… We’ve had some conversations that were really helpful. I’m confident in our love for each other.”