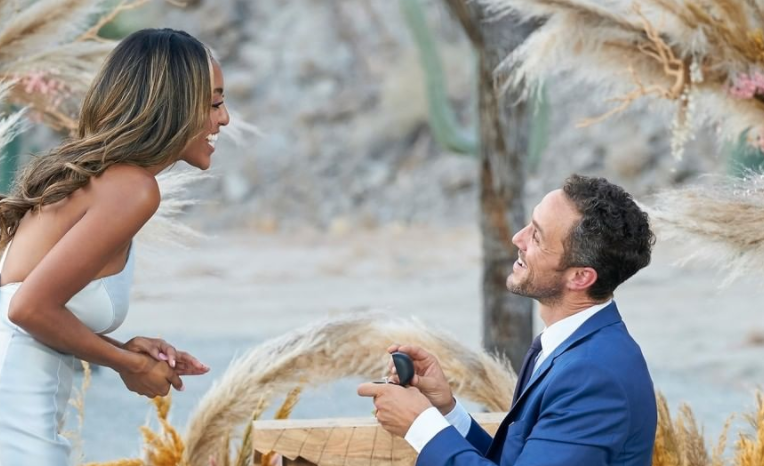 The Bachelorette ended last night. While the season was arguably one of the best there’s been in a while when it comes to happy endings, a lot of fans are still pretty angry. They are telling Chris Harrison all about it on Twitter.

All of this started really because there was no After the Final Rose ceremony. According to a Tweet from Chris Harrison, this is because of the holidays, and of course, the pandemic. He sent out a tweet right after The Bachelorette letting everyone know what was going on.

“It pains me there’s no AFR live special this #TheBachelorette season. Due to being pushed into the holidays and the difficulty of bringing people safely together during this time it just wasn’t possible. But hopefully we’ll be back for #TheBachelor,” Chris tweets after the Bachelorette finale.

Although Chris was just trying to be helpful. However, fans took to the comments to reply to how annoyed they were. Some just wished there would be a Zoom call showing the happy couple. Others didn’t even like the premise of the whole season and thought Tayshia had to pretend to be excited about stupid stuff.

“YES! She had to pretend to be excited about stupid sh*t like scooters & ice baths, had a fantasy date in a tin can, got no travel, had to pretend a pool was an ocean, do tons of outdoor filming in 900 degree temps, only got 3 men actually chosen for her- the list goes on and on,” a second viewer wrote on Twitter.

“Chris I’ve never been disappointed about anything related in my life! Do it virtually! Give the people what they want! I was so shocked at the end it just felt so incomplete!” another says.

“Doesn’t really make sense, though. You were able to do a “men tell all,” why can’t you safely do an AFR? I really do feel like Tayshia got ripped off this season!!!,” someone replies in the tweet.

It pains me there’s no AFR live special this #TheBachelorette season. Due to being pushed into the holidays and the difficulty of bringing people safely together during this time it just wasn’t possible. But hopefully we’ll be back for #TheBachelor

Why is it when they are happy?

Of course, Chris probably meant no harm from this Bachelorette announcement, but it was a little sad. Finally, the show ends really happy and there is no After the Final Rose. It seems like unless there is a lot of drama, they won’t take the time to record one.

Were you sad about The Bachelorette ending last night? Let us know in the comments below. Come back to TV Shows Ace for more news on all of your favorite Bachelor Nation stars.