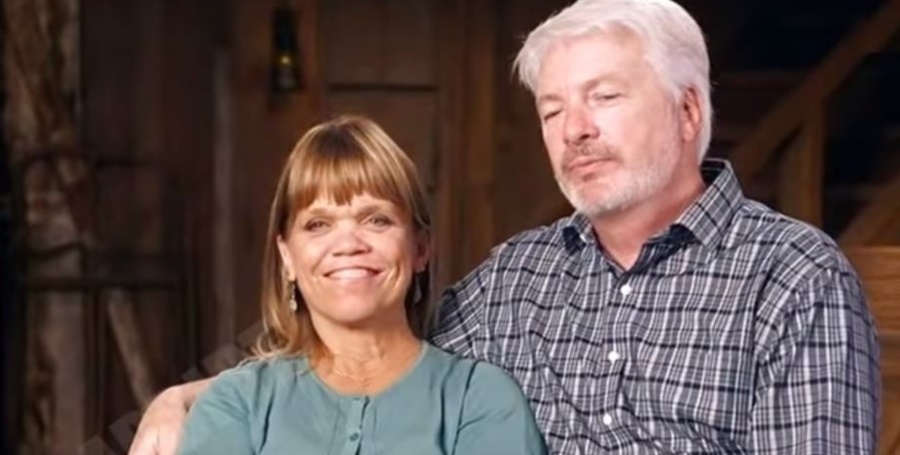 Amy Roloff wedding news just came out. She became engaged to Chris Marek in September last year. TLC fans really hoped they’d see a wedding in 2020. But the Little People, Big World matriarch postponed it. In fact, she suggested it might take place in 2021. Now, she confirmed her wedding for fans.

In the last season of Little People, Big World, fans saw Amy finally move off the farm. She took a long time moving all her stuff out. And, some people felt she just procrastinated to annoy the rest of the family. Buying her own place took a good chunk of her cash as she also revamped it. Settled in, now it looks like she’s ready to commit to the wedding.

Chris recently sold his home. We reported that he made a good profit on his own place. In fact, acting as his own agent, he sold it really fast. And, he made “$30,000 above the asking price.” Additionally, he “purchased the cozy home for just $168k and sold it for 430k.” So presumably he now moves in with Amy Roloff. Now, they seriously talk about their wedding at last.

The Hollywood Gossip reported that the Little People, Big World matriarch let her fans know about the postponement during a “Live with her friend, Lisa Dixon.” Even her friend seemed a bit shocked as, like fans, she also thought Amy planned a 2020 wedding. That’s when she talked about the cash outlay on her new home. Plus, it’s probably just as well with coronavirus this year. In fact, Amy suggested a 2021 wedding instead.

On December 22, Amy Roloff took to her Instagram and declared 2021 is definitely seeing their wedding take place. She shared a photo of herself outside Charlotte’s Weddings & More. Her caption read, “What? I guess this is really happening. I’m over the moon with love for Chris and I.” Then she noted, “Here’s to an exciting 2021 – full of Faith Love Hope. Merry Christmas ♥️🎄.” Plus, her hashtags told a story, She used, ” “#itshappening” and “#2021wedding.”

In the comments section of the post, happy LPBW fans sounded delighted. One of them said, “Yay!! I hope you two choose to share your wedding day with all your fans, on the show!!”

Of course, there’s always someone who criticizes. One person said that Amy Roloff should make sure not to “wear white.” So fans told the troll to shove it. After all, Amy’s an adult and it’s nobody’s business what color she chooses for her wedding day.

While Amy Roloff never mentioned the exact month or day of their wedding, hopefully, that news comes along soon.