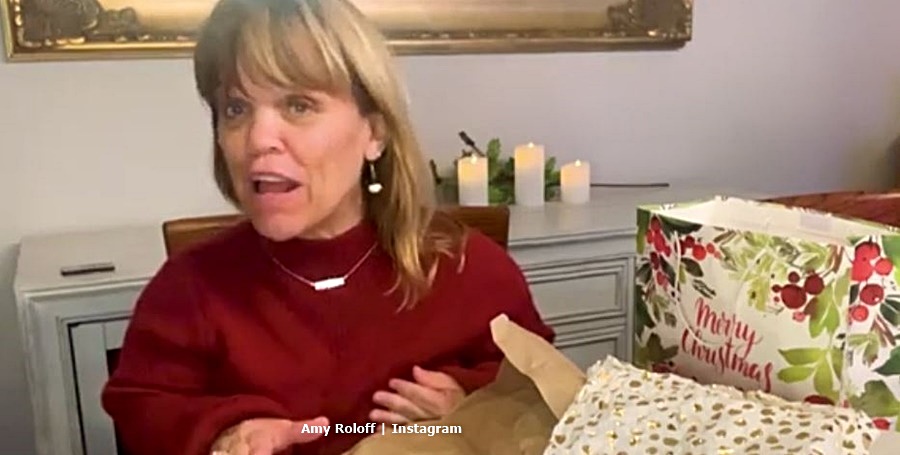 Amy Roloff, as fans of Little People Big World know, runs her Little Kitchen. There, she sells handy items like aprons and coffee mugs. But, her specialty is fudge. So, she plans on tucking into a lot of it this Christmas. In fact, she seemingly cans calorie considerations during the holiday. And, she made a last-ditch promo effort for her Little Kitchen on Tuesday.

Taking to Instagram on Tuesday, December 22, Amy spoke about calories. The Little People, Big World matriarch shared a photo of her yummy-looking fudge treats. In her caption, Amy said, “I’m a firm believer that calories don’t count during the holidays!” So, she plans on eating lots of “sweet treats.” And that includes her own fudge. Next, she talked about all the different flavors available in her online store.

If you want to check out Amy Roloff’s Little Kitchen and the various products, we wrote a handy guide. Actually, fans might wonder why the LPBW star bothers with making fudge in her kitchen.

After all, her net worth came out recently. And, she’s got a decent amount of assets and cash tucked away. We reported that “her net worth comes from far more than just the paycheck TLC cuts her.”

Either Amy enjoys messing about in the kitchen, or she gets someone else to make the fudge for her. After all, Good Housekeeping reported that last year her net worth was more than $4 million. And this year, we noted that Celebrity Net Worth estimates she’s worth closer to $6 million. Lots of that income comes from Real Estate. Plus, she earns off social media promos, and probably from the annual Pumpkin Season event.

Of course, TLC pays her for the Little People, Big World show, as well. So, her Little Kitchen certainly isn’t the largest income earner. Over the years, fans often saw Amy Roloff in her big kitchen on the farm. In earlier years, she fed the appetites of a growing family. And in more recent years, fans watched her bickering with Matt over the mashed potatoes or whatever else she prepared there.

Amy Roloff seems like a rather sentimental person in many ways. Possibly, when she sends out her fudge treats, she recalls happier days when the kids were smaller. Recall as well, in the last season of the show, Amy took forever to move out of the house. A bit of a hoarder, it seemed she simply couldn’t decide on what should stay and what should go out. Possibly, her Little Kitchen is simply another thing that she can’t let go of.