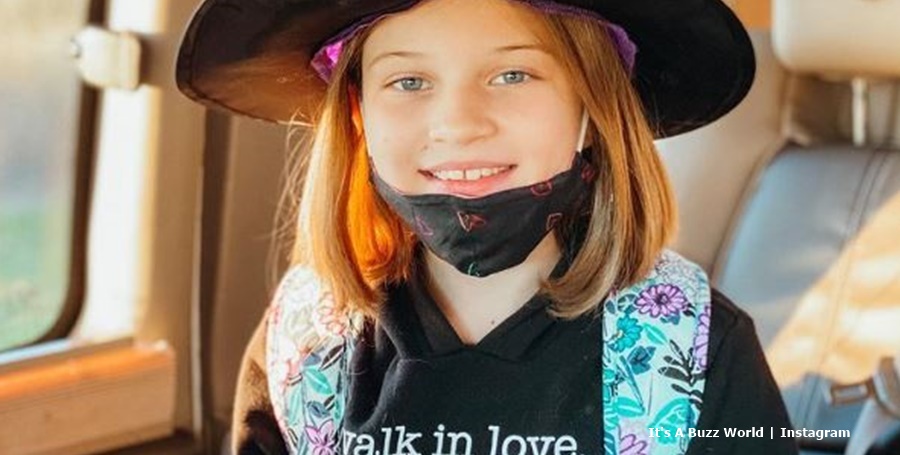 Adam Busby shared that he and Danielle found the perfect game for Blayke to play. He hashtagged it as an ad, but kids and families might find it a lot of fun. It’s one of those games that makes for a bit of competitive tension and a lot of laughs during silly games evenings at home. Possibly, the OutDaughtered kid outgrows it soon, but surely her little sisters will also enjoy it in another year or so.

Adam Busby shouts out a game for Blayke

We reported that some TLC fans think Blayke grows up way too quickly. In fact, some of them feel she dresses too old for her age. And while she takes after her mom Danielle, some critics think she should slow it down a bit. After all, there’s plenty of time to become a teen and wear crop tops and sport adult hairstyles. Nevertheless, she’s still young enough to enjoy a game like Adam promoted on Tuesday, December 22.

Adam Busby noted on his Instagram post, that the game got them “chuckling non stop!” Actually, Danielle and Blayke looked reasonably non-staged in the promo photos. Of course, OutDaughtered fans loved the photo. Many of them sent in their comments about how “cute” Blayke looked. Of course, they also talked about how much Blayke looks like Adam Busby’s wife. One said, “Love, mommies little look alike💞🎄💞🎅🎄❤ Danielle, Blayke definitely is your mirror image💞💞.”

Blayke and her Operation Pet Scan board game

Adam shared Blayke’s game, Operation Pet Scan as a product by @HasbroGamingOfficial. You can buy it at most retailers, or order it from Amazon. Most reviews on Amazon sound okay. Described as a game “for 2 or more players,” kids from the ages of “six and up,” probably enjoy it. It comes with “silly sounds.” And the objective is to “remove the objects or get the buzzer.”

One critic suggested the game seems a bit strange. They wrote, “I had no idea when I ordered this that in order to remove the inside parts, you have to use a probe with a magnet on the end. That probe goes into the dogs b-tt and is like giving the dog a colonoscopy.” Feeling it a bit inappropriate, they returned the product. But, other people said good things about Adam Busby’s game for Blayke.

One person who liked the game noted, “The box claims it comes with 8 plastic ailments, but there’s only 6 that come with it.” However, someone else pointed out the other two are  inside the rear leg of the dog.”

One verified buyer noted, “Makes for a great gift idea for any young child. We purchased this for our 5-year-old granddaughter she absolutely loves it.”

Actually, others noted that even four-year-old kids get the hang of the game. That’s why we mentioned the game Adam Busby shouted out for Blayke might soon end up more popular with her little sisters.