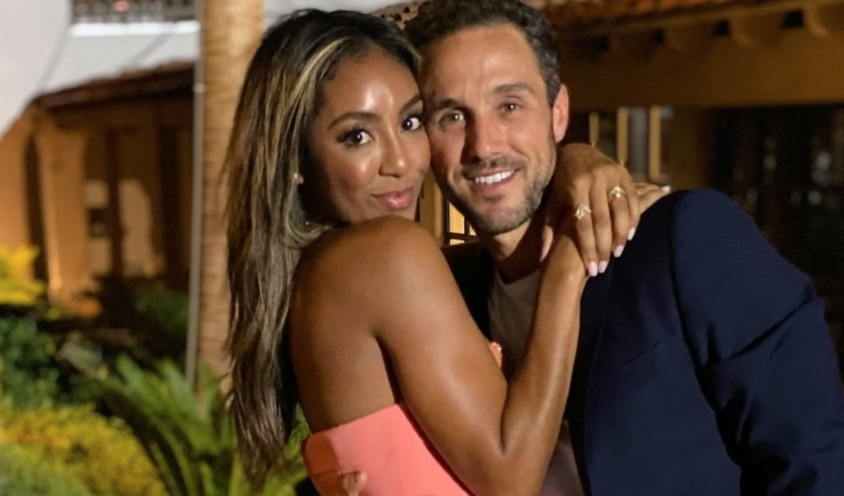 Normally when The Bachelorette or The Bachelor ends, there is an After the Final Rose episode that explains where the couple and other men are at now. Tonight, fans are wondering where that is.

Will there be ‘After the Final Rose’

Unfortunately, there will be no After the Final Rose episode following the season of The Bachelorette Chris Harrison reveals on Twitter. Everything about this season has been unconventional. From the no traveling to the quarantine rules to the Bachelorette switch halfway through, nothing has been normal. Of course, there is no difference when it comes to After the Final Rose.

According to Chris Harrison, the timing just wasn’t right with the quarantine rules and the holidays. While this is super unfortunate, it makes sense. It’s better to keep everyone safe for the holidays.

There’s no After The Final Rose, however, there is still a bit of good news. It seems Tayhsia Adams and Zac Clark are still together and happily engaged.

There’s your answer for the hundreds that have asked https://t.co/J2RWxrgDrn

Tonight on The Bachelorette Tayshia finally got her happily ever after. She and Zac got engaged in the middle of the desert and it was far more beautiful than it sounds. It seems like Tayshia and Zac are really happy together and they look so cute.

While there haven’t been any updates from the happy couple themselves, Reality Steve did tweet that they are still together. Steve normally doesn’t steer fans wrong. So, this really seems to be what’s going on.

Aside from her happy engagement, the leading lady had a drama-filled night. She started the episode by letting Ben stay after he was sent home last week. Yesterday, he showed up at her door ready to give her all of the emotions she asked for before. She let him come to the rose ceremony – then sent him home an hour later.

However, not everyone got to go to the rose ceremony. Despite his confidence and how happy they looked, Tayshia sent Ivan home due to religious differences.

It seems that Ivan may be Islamic if he follows the same religion as his brother. Tayshia expressed that her faith is very important to her and just didn’t think they would be able to make it work with this huge difference.

In the end it looks like she made the right decision.

Are you sad there is no After the Final Rose tonight? Let us know in the comments below!