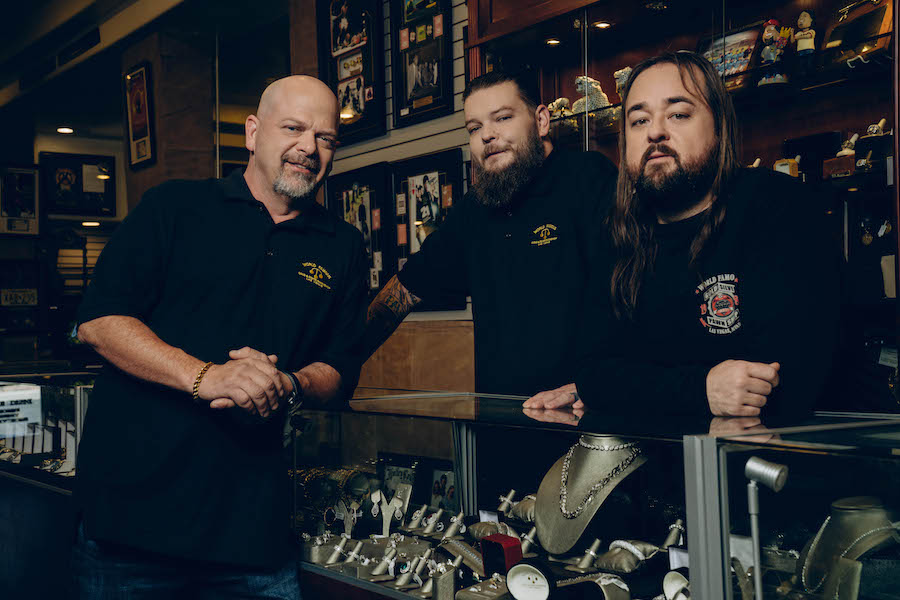 Over the years, Pawn Stars fans have seen the bizarre and unusual. But, in an upcoming episode, they will see something that makes everything else look basic. What do we know about the Pawns Stars shrunken heads  of Chumlee, Rick Harrison, Corey Harrison, and the late Richard Harrison?

A lot of folks are ready for 2021 and Pawn Stars fans have a big reason. In an upcoming episode, set to air in the spring or summer, the four stars of the History show will be depicted as shrunken heads.

According to the Las Vegas Review-Journal, Las Vegas Chinatown nightspot, The Golden Tiki, has a display of the four members of Pawn Stars. They even recorded a “shrunken head ceremony” there for the future episode.

Most importantly, Rick Harrison and Chumlee have listed The Golden Tiki to see the shrunken heads. Both were very “touched” that the “Old Man,” Richard Harrison was depicted in this display. Richard was Rick’s father and Corey’s grandfather. But, his curmudgeonly banter with Chumlee was always hysterical.

The heads have been designed by Bill the Crud, a Las Vegas wood artist. Moreover, the unique shrunken heads will be on display at the World Famous Gold and Silver Pawn Shop, right there in Vegas.

Recently, Rick, Corey, and Chumlee filmed new episodes for Pawn Stars Season 17. Due to Covid, they started shooting the Las Vegas-based show a few months earlier than normal. Due to the quarantines and other restrictions, History determined that they needed some new episodes fast.

In addition, they cannot start filming a new show due to Covid. Although History did not explain exactly why, they just ramped up filming at the World Famous Gold and Silver Pawn Shop. Hey, Pawn Stars fans don’t care! This show has aired over 500 episodes, and fans still want more.

Besides shrunken heads of the Pawn Stars cast mates, fans of the History show should look forward to Dennis Quaid in a future episode of the show. Although The Las Vegas Eater did not share any details on the upcoming episode, we know that Meg Ryan’s ex-husband went out to eat with Rick Harrison at Barry’s Downtown Prime, at the brand new Circa hotel.

The two reportedly indulged in cornucopia of upscale delights. They included: oysters, caviar, lobster bisque, steak, and whole Maine lobster mac and cheese. Sounds like quite a feast!

Speaking of food related items, we have a Chumlee update.

What has Chumlee been up to of late? In now deleted Instagram posts, he has been anti-mask and has joked a lot about Covid. Moreover, he has received a lot of backlash for this view. But, it appears that he has been doing more than deleting all of his Instagram photos.

We are assuming he is “a part” of creating this “all natural, vegan and gluten free,” award winning sauce. But, we don’t know if it is his recipe or if he was chief taste taster. Guess we will have to keep watching Pawn Stars to find out!