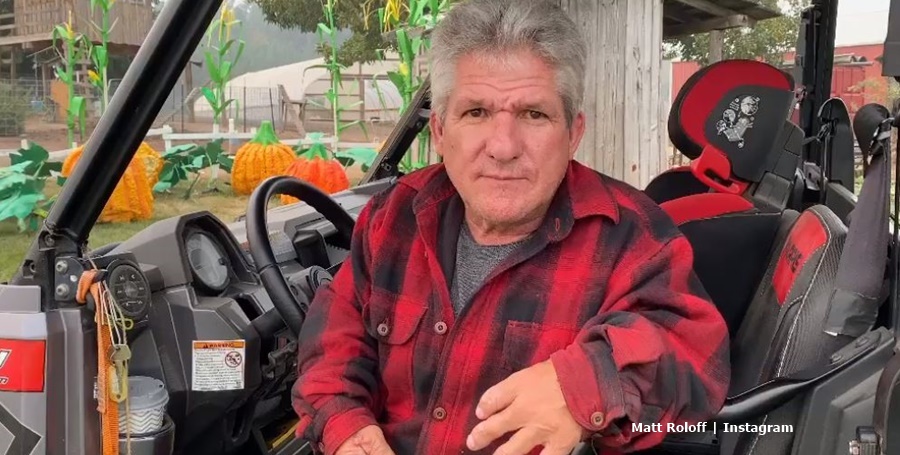 Matt Roloff, Amy, Chris, and Caryn spread a bit of Christmas cheer this week. On the TLC show, fans often see Amy at loggerheads with Matt. And sometimes, things look a bit icy between Caryn and Amy. But, perhaps, things improve now, as the Little People, Big World stars looked relaxed and happy in a photo that Matt shared.

We reported that ahead of Christmas, Jacob Roloff dropped the bombshell news about allegedly being abused as a child. He claimed that a former field exec producer for Little People, Big World groomed him. So now, every time Matt or Amy post anything on social media, fans urge them to ensure their grandkids stay safe. In fact, many of them rather hope that Matt Roloff shuts down the LPBW show altogether.

The Hollywood Gossip noted that the timeous Christmas cheer photo made for a nice change. After all, the bad news about Jacob emerged. But at least Amy and Matt Roloff looked happy with each other. And, it’s the first time in years that fans saw that. Actually, it seemed that everyone in the photo gave a cheerful and real smile. Mind you, Chris wore a Santa beard so fans can’t see his mouth. But, fans can imagine Chris smiled as his eyes crinkled on the edges. In fact, only the dog in the photo looked particularly unhappy about the photoshoot.

In his caption, Matt wrote, “It’s a good day … When your x-wife’s fiancé takes over …your dress up like Santa clause duties… but I’m [still] anxious for 2020 to go away!” Then, he used some rather telling hashtags. First, he thanked Chris. And then he also used the hashtag, “#rolofffamilypullstogether.” Of course, he could talk about him and Amy and Chris and Caryn getting on a bit better. But possibly, the LPBW patriarch referred to Jacob when he wrote that.

Irrespective of why Matt Roloff used the hashtag, fans just like seeing them all looking happy at Christmas. One Little People, Big World fan wrote, “I think it’s great! It’s best to get along! Happy Families good for the kids.” And, Matt replied to that, he said, “Yes. Much less energy spent getting along.” Then another fan wrote, “This is awesome to do for your grandkids wish all families were like this.”

One poor fan got left a bit red-faced. They wrote, “Nice stick together life’s too short.” Matt replied, “I like that reference.” But they didn’t mean anything bad by it.

What did you think of Matt Roloff sharing some Christmas cheer? Do you agree that it looks like Amy, Matt, Caryn, and Chris look much happier with each other these days? Sound off in the comments below.