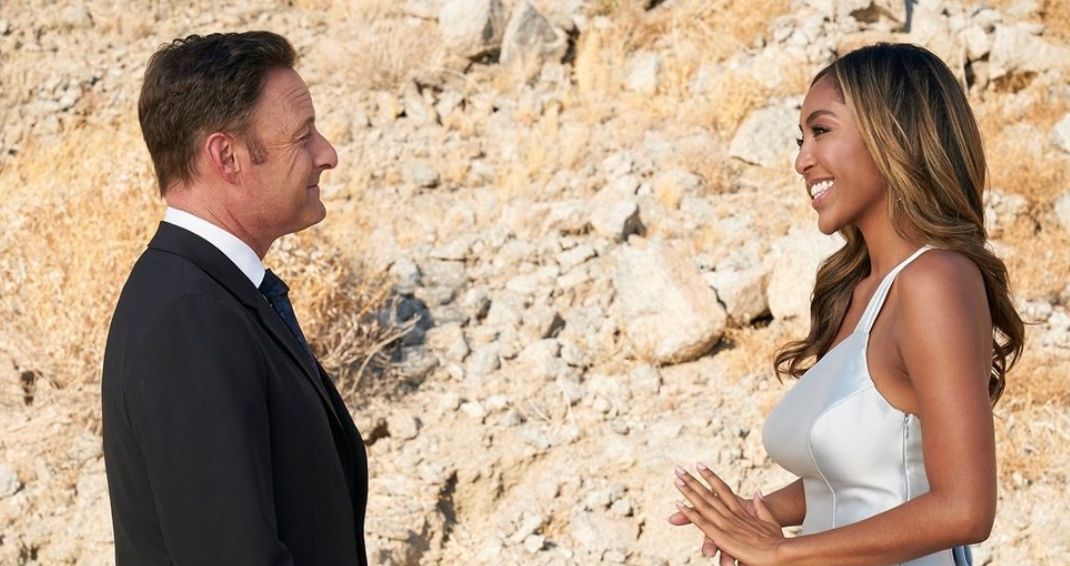 The Bachelorette has come to an end. This time, with a fairy tale ending. Tayshia Adams has gotten engaged to the man of her dreams.

‘The Bachelorette’ comes to an end

Tonight was the finale of The Bachelorette. After several ups and downs with all of the men, Tayshia has gotten engaged. To who? None other than Zac Clark as was previously predicted.

At the start of the episode, Tayshia started off welcoming someone new as well as sending someone else home. Right before the rose ceremony, she sent home Ivan because of religious differences.

“This past week, we’ve talked about some important subjects… There are some things that kind of posed concern. I wish I could say that there were a lot of red flags prior to this week. And there haven’t been,” she says. “It’s just like, at the end of the day, religion’s part of my morals and my beliefs.”

It’s still not quite clear what the differences are. However, Gabe Hall is Ivan’s brother and he seems to be Islamic. So, if Gabe is Islamic and so is Ivan that would explain why Tashia struggled to see how they would land on common ground. Especially when it comes to raising a family.

Right before sending Ivan home though, Tayshia lets Ben stay on the show and come to the rose ceremony. Since she sent Ivan home, that meant she gave both Ben and Zac a rose.

After Ben met her parents, Tayshia realizes that her heart just isn’t with Ben and is instead into Zac.

Zac and Tayshia got engaged in the middle of the desert, and their love really stood out. It seems like Tayshia made the perfect decision.

No ‘After the Final Rose’

Normally, after the big finale, fans get to see where the couple is on After the Final Rose. This season, however, that didn’t happen. Now, fans must wait for a social media announcement to see how Zac and Tayshia are doing. However, it has been speculated that they are still engaged happily. Only time will tell if that’s true!

Were you surprised to see Tayshia get engaged to Zac on The Bachelorette tonight? Let us know in the comments below. Come back to TV Shows Ace for more news on your favorite Bachelor Nation stars.

And, watch Matt James’ season of The Bachelor when it airs on January 4.