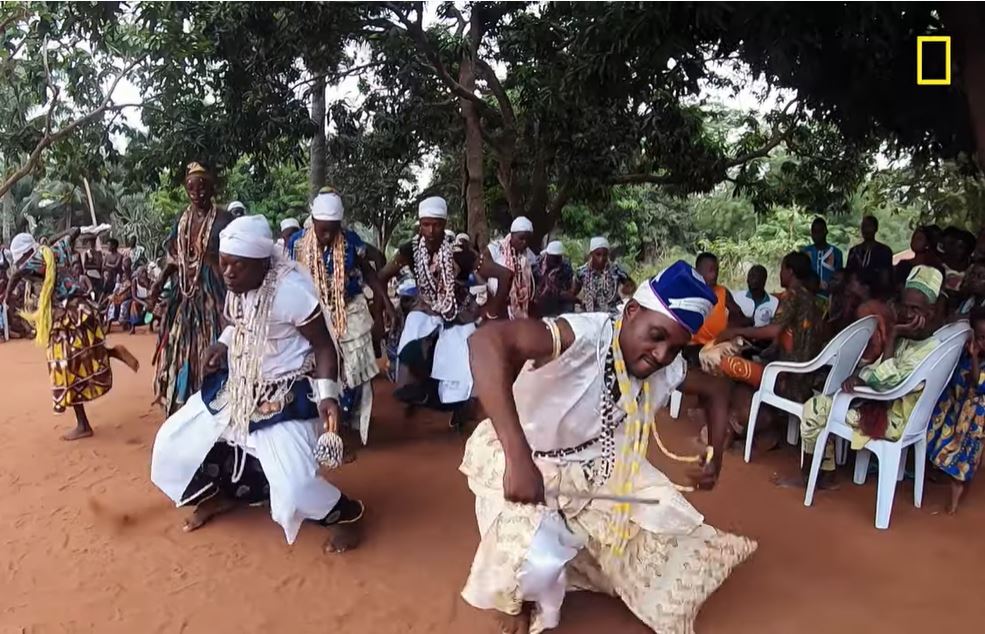 On the next Atlas of Cursed Places, Sam Sheridan goes to the Bayou State of Louisiana.  He is investigating the veracity of the hoodoo and voodoo priestess lore that many claim still hangs heavy over the land.

In episode 4, titled “The Curse of the Bayou,” we see Sheridan visiting the mysterious bayous of Louisiana to learn about Aunt Julia, a local hoodoo practitioner and healer who in 1915, who is believed to have put a curse on the land. Julia lived in the small town of Frenier surrounded by Manchac Swamp.

A century later, the locals still blame all the catastrophes befallen on the state–including the 1915 New Orleans Hurricane–on Aunt Julia’s curse.

Through the course of the episode, Sheridan meets with key experts and he even participates in a hoodoo ritual.

Hoodoo originated in West Africa and adapted under the chains of slavery. Whispered on ships and plantations, it manifested in the desperate desires of
the powerless stripped from their homes, and their lives shattered being brought to a hell they did not understand.

In 1915, the hoodoo priestess named Aunt Julia brown sang a song and her neighbors thought it was a curse. She threatened to take all the land with
her when she died. As Sam finds out, it appears that this curse has legs and continues to come true.

In TV Shows Ace exclusive clip he says: “But was it a curse… or just a coincidence? Or could it have been a profound warning…”

In the preview, a priest explains to Sam that it was the circumstances of slavery that built the power of hoodoo and voodoo.

He says: “Just imagine being on a cotton field on a plantation and being brutalized, and your spouse and children being brutalized and the idea that a God or power or spirit can seek revenge on [the] master. It was the one thing that the enslaved African had that gave them power.”

He shares that the practice of hoodoo was rotted in trees and the natural world and that knowledge of mosses and plants was key, saying: “It’s about nature
and using nature’s plants [and] mosses to heal and then the supernatural aspects of it do carry from an ancient West African perspective that
trees carry a spirit, wood carries a spirit the ground that it grows in carries spirit…”

About Atlas of Cursed Places

The National Geographic series sees author and adventurer Sam Sheridan travels to the most cursed places on Earth to reveal the regions’ haunting histories. He travels the world to investigate the rumors and sort the facts of each iconic locale and personality that defined the area.

Last episode, he went to Romania to search for clues as he learned about the continued belief that Dracula’s curse is real.