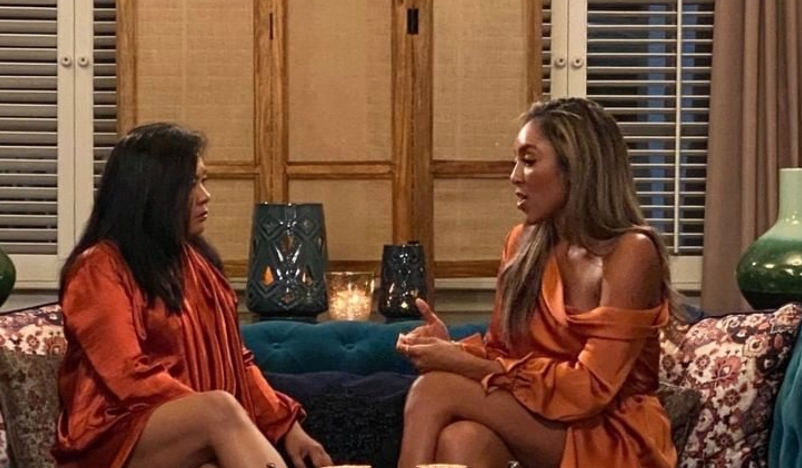 These men just can’t stay away from Tayshia Adams! For the second time this season, a man will return tonight to beg for Tayshia’s love on The Bachelorette.

‘Bachelorette’ brings the men back

Fans already watched as Bennett got kicked off The Bachelorette, then came crawling back (only to be sent home again). It looks like they are about to watch it for the second week in a row. This time though, it won’t be Bennett. Instead, it will be Ben Reality Steve says.

Ben went home last week after he just really couldn’t tell Tayshia how he felt. Honestly, they are a pretty cute couple and really do well together – especially at hometowns. However, afterward, he just wouldn’t tell Tayshia he was falling for her. Then, when he got sent home, it seems like Tayshia was giving him a second chance to tell her. However, he still didn’t.

Now, he’s showing everyone by showing up to the rose ceremony.

His timing actually works since one of the other men sent himself home just before Ben arrives. And, Tayshia and Ben really did hit it off. It seems he has a chance. He shows up to Tayshia’s door and tells her that he loves her, which is exactly what she wants to hear from him this whole time.

Tayshia even asks Rachel Lindsay for advice when it comes to Ben. Apparently, the episode will end with Ben sitting on the couch while Tayshia leaves to talk to the producers.

Of course, there is more drama on The Bachelorette than just Ben coming back. Apparently, Brendan is going to send himself home. During his fantasy suite date with Tayshia, they go to look at rings for engagement. This spooks Brendan a bit since he was recently married to someone else. Because of this, he realizes that he is not ready to be married again and decides to go home.

That leaves Tayshia with Ivan and Zac to choose from. And now, of course, add Ben into that mix. She definitely has a tough decision to make this week. Hopefully, she is able to follow her heart and do exactly what she knows she needs to do.

Do you think Tayshia should let Ben back on The Bachelorette? Let us know what you think in the comments below. Come back to TV Shows Ace for more news on all of your favorite Bachelor Nation stars.