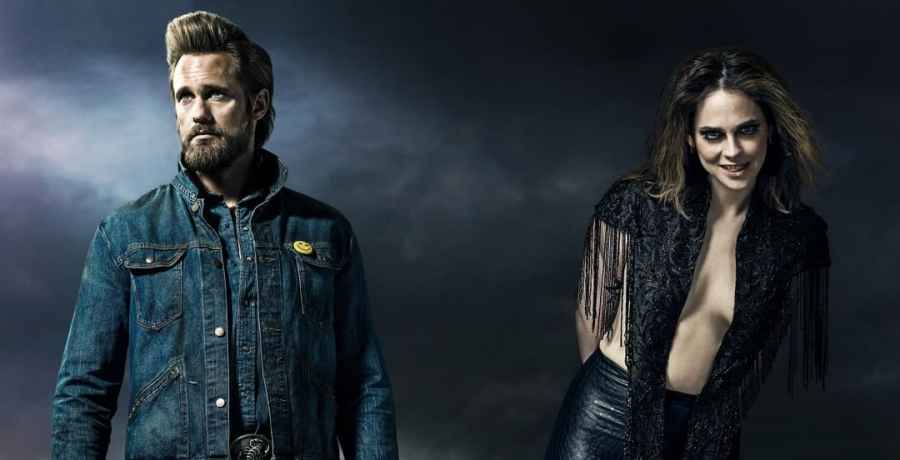 CBS All Access is airing the latest adaptation of Stephen King’s work, The Stand. King’s Constant Readers have an eagle eye for any changes to the original. Let’s face it, they don’t normally do well with change. However, episode one did make a fundamental change from King’s story by bringing in Randall Flagg early in the story. It turns out this is a good chance, as it serves to better tie the narrative together and could be a missed opportunity in the original novel.

Adaptation of Stephen King’s The Stand on CBS All Access

Any adaptation to existing work leads to decisions on how to best present the story. We should bear in mind that Stephen King’s novel, The Stand, has more than 1,100 pages in the uncut version. Obviously, not every aspect of the story can be included in a TV series. Certain details need to be altered and rearranged to make it work for the little screen. This is despite the fact that the series will air in nine, one-hour episodes.

Besides being faithful to the original, sometimes a series of this nature gives the opportunity to improve on the original story. This may sound like sacrilege to a firm King fan, but it really can work and more effectively foreshadow coming events.

Stephen King on his bestselling novel

In the past, King has openly spoken about his process when writing The Stand. Referring to his writing style, he calls himself a “pantser.” This means a writer who literally writes by the seat of their pants. This type of writer doesn’t work from an outline and makes up events as they go along.

King said he struggled with The Stand and even lost control of the story at one point. He didn’t know how to end it. However, due to his writing method, the start of the book focused exclusively on the Captain Trips pandemic. We see how the whole thing started, by a security guard leaving his post after an accidental spill in the lab. It then takes some time for the story surrounding Mother Abigail and Randall Flagg to develop.

However, writers for the CBS All Access adaptation of The Stand have been clever. They took the opportunity to bring Randall Flagg into the story sooner. They do this by making him directly responsible for the spread of the virus. Let’s face it, the baddie was in the right place at the right time.

CBS All Access’s version of The Stand has a different structure than the novel. As the final moments of Episode 1 aired, we saw Flagg. He was putting his foot in the door at the military facility to keep it open. This enabled the security guard, who has been exposed to the superflu to escape. The security guard, Charles Campion (Curtiss Cook Jr.) rushes home to get his family and flee, taking the virus with him and spreading it across the country.

In the novel, it is a technological malfunction that allows Campion to escape. This may sound like a small detail, but the CBS All Access version makes Randall Flagg personally responsible for Captain Tripps. In the novel, he was merely an opportunist who saw a way to use the horrific accident to his own evil ends.

As noted by Screen Rant, in the novel, Flagg only arrived on the scene in Chapter 23 – around 171 pages on. Having heard about King’s “pantser” technique, it seems he may have missed an opportunity. In a more traditional narrative structure, the bad guy is normally bought in as soon as possible, thus strengthening the story.

Of course, that’s not to say there is anything fundamentally wrong with King’s novel. It was a bestseller and has been a thrilling read for years. However, it will be interesting to see what other details the screenwriters bring to the story.

The Stand airs on CBS All Access weekly on Thursdays.