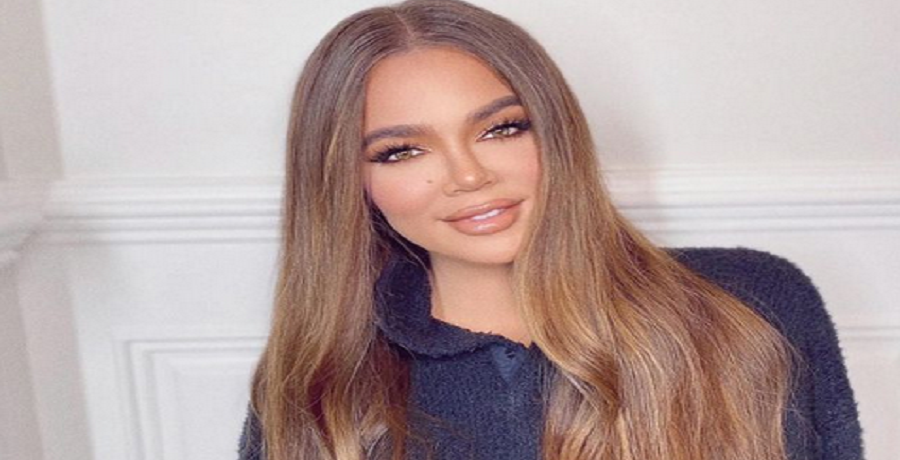 Khloe Kardashian received backlash for her latest Instagram post. The Keeping Up With the Kardashians star posted some sexy photos in time for the holiday season. The 36-year-old slipped into her smallest underwear and tallest thigh-high boots. She shared the photos with her 124 million followers.

She also made sure that her Louis Vuitton bags were in full view. On Sunday, December 20, Khloe posted three new photos that featured a sea of LV purses and her killer figure on display. However, her fans didn’t even notice her body. They found the post “tone-deaf” amid the current economic crisis.

Khloe Kardashian posted photos of herself wearing skimpy underwear with a fur coat. She also had on a pair of silver glitter boots. The reality star was also surrounded by Louis Vuitton handbags and shopping bags. In her caption, she wrote: “Don’t be f***ing rude!!!!!! (In my best Kim K voice).”

Khloe referenced the time when her sister Kim Kardashian hit her with a handbag. But it was not a Louis Vuitton. In the 2007 episode of Keeping Up With the Kardashians, she fed her younger sister the iconic line: “Don’t be f***ing rude!”

However, some fans didn’t get the joke. They thought that Khloe was flaunting her wealth. Regardless, Khloe’s post still received over 1.4 million likes. It also received thousands of likes. One fan wrote: “The most iconic scene on KUWTK.”

The Good American founder took note of the backlash in the comments section. Khloe Kardashian clapped back at a fan who defended her against the “rude” trolls. She responded to the following comment with a series of laughing and crying emojis.

“People are so ducking rude,” the fan joked. “Leave her alone, and get yourselves a blowup doll.”

However, one argued with the fan. “Tone-deaf, again,” one user wrote. A second one agreed: “We already know you’re right” with the eye-roll emoji.

KUWTK star got hate before

Khloe Kardashian has gotten plenty of hate on Instagram this year. In May, she faced backlash with one of her glam selfies. One user asked: “Why do you look so different in all your photos?” Khloe clapped back: “From my weekly face transplant, clearly!”

These days, the reality star is shifting her focus to her family rather than social media comments. An insider told Life & Style that Tristan Thompson is “making it his mission to prove” to Khloe and their daughter, True Thompson, that he’s a “dedicated family man.” Earlier this month, Tristan made his move to the East Coast after his deal with the Boston Celtics.

Khloe also made headlines for announcing that Christmas has been canceled at her house. Even 2020 has stopped the Kardashians from partying.

“The Covid cases are getting out of control in CA. So we decided that we’re not doing a Christmas Eve party this year,” Khloe tweeted.

According to Khloe, it’ll be the first time since 1978 since their family hasn’t had a Christmas Eve party. The family is making it clear that they’re taking health seriously. But that hasn’t stopped fans from thinking how “tone-deaf” they are amid the coronavirus pandemic.

What are your thoughts on Khloe’s post? Sound off below.