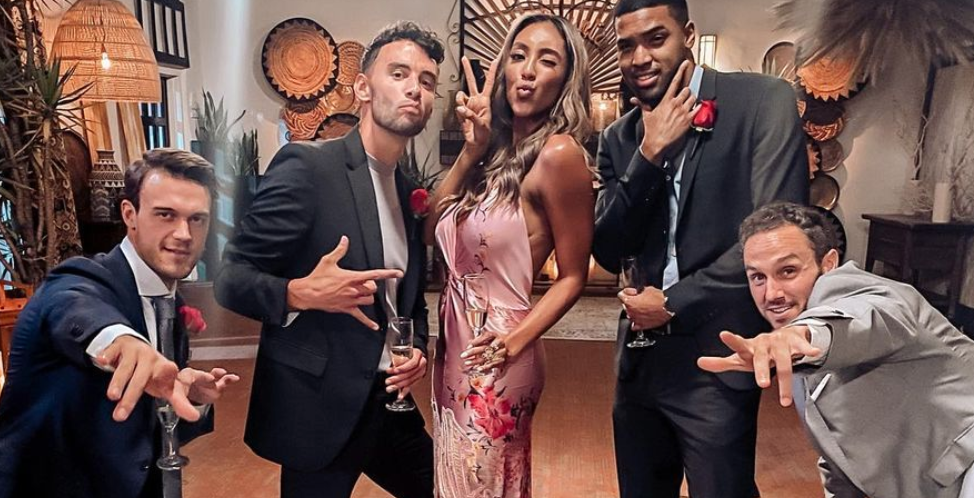 The Bachelorette is wrapping up tonight which means one thing – Tayshia is about to pick one man to spend the rest of her life with. Of course, things are starting to get heated. It turns out, tonight, one of the men is going to send himself home. He just can’t handle the pressure.

Reality Steve has taken to Twitter to give away some pretty key notes on what will happen tonight on The Bachelorette. Of course, what he says isn’t always true – but the things he says about tonight seems like he is probably right, especially since the episode has already been filmed.

Tonight starts the “fantasy suite” dates. Of course, they won’t be the same as normal because they aren’t allowed to travel. However, they are still making the dates happen.

All won’t end well though – especially for Brendan. Apparently, after spending the day looking at diamonds with Tayshia, Brendan starts to get a little bit freaked out. Especially when he starts thinking about his ex-wife and if he is really over that yet.

In the end, Brendan sends himself home. Reality Steve reveals that Brendan did think he was ready for this, but he is still too broken from the last marriage. Honestly, that’s pretty understandable. Getting engaged this quickly after meeting someone can’t be easy. Especially if they have already been married before.

Of course, while she will likely be sad, this will make the decision a bit easier for Tayshia. She still can choose between Ivan and Zac. She seems to have a pretty good relationship with both of them. So, despite having one less man to choose from, it seems like this still won’t be a very easy choice for Tayshia.

Hopefully, she just follows her heart and does what she needs to do. Regardless of who is left though, Tayshia has gotten a short end of the stick when it comes to timing. She didn’t even get to be The Bachelorette for the whole time.

Luckily, Tayshia will have some help. Apparently, Rachel Lindsay is going to come see Tayshia. She will probably have some pretty good advice for her since she has been the Bachelorette before this. Not to mention, she is usually very good at giving advice and will definitely be able to help Tayshia.

Are you sad to hear that Brenden went home? Let us know who your favorite man is in the comments below. Come back to TV Shows Ace for more news on all of your favorite Bachelor Nation stars.