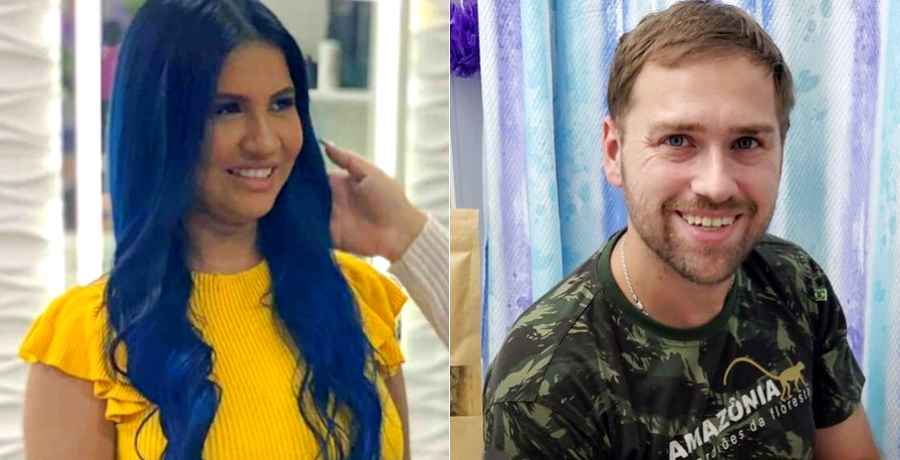 90 Day Fiance alum, Karine Staehle has finally returned to her Instagram after almost four months. She posted an image of her burgeoning baby bump as the couple heals from their recent marital drama. The former TLC reality star is looking good and much happier than before.

It’s been around four months since 90 Day Fiance alum Karine Staehler has posted to her Instagram account. She made a post showing her growing baby bump while at a wedding in Brazil. In the image, Karine, 24, is posing in a white wrap dress with two male friends. She lovingly cradles her baby bump while smiling for the camera. 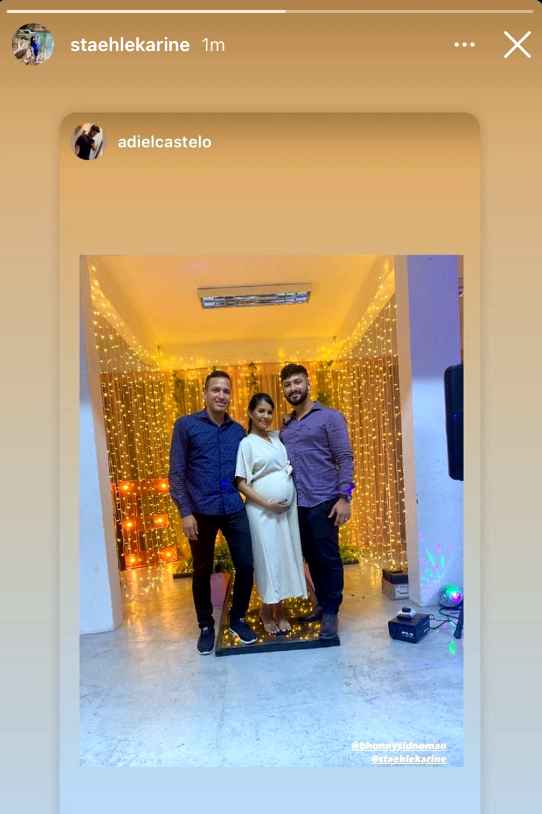 Earlier that same evening, her husband Paul, 37, shared an image of Karine getting ready for the wedding on his Instagram Story. In the clip, he said, “Alright, we’re about to start recording another one of Karine’s makeup sessions here. Karine, are you excited? You look great by the way.”  In the post, she can be seen getting her hair and makeup ready for the wedding.

Paul and Karine have been married since 2017 and have had a rocky time of it up until recently. However, they seem to be much happier together, despite their break this summer. In the past, the police were twice called to their home in Louisville, Kentucky. This was after an explosive fight, where Karine left the home with baby Pierre. Both parties filed restraining orders against each other. Fans were concerned at one stage when Karine simply disappeared.

In September, both Karine and Paul dropped their restraining orders and they reunited. In October, they moved to Brazil to be with Karine’s family. Since moving, they have been receiving support from her family as they work through their issues. Paul has also been supportive of his pregnant wife who has found her dream career. He recently announced he will be producing a web series to document her journey in her career in cosmetology.

After revealing they won’t be returning to 90 Day Fiance for another season, the couple does seem eager to keep fans updated. Paul revealed in a statement on November 14, that they appreciate TLC and Sharp Entertainment for giving them time to deal with their private matters off camera. As noted by In Touch, he did say they are hopeful and eager to possibly return to the TLC reality show in the future.

Meanwhile, they seem to be enjoying life with little Pierre, while waiting for baby Ethan to join them in 2021. Let’s wish the Staehle family all the best in their future endeavors.