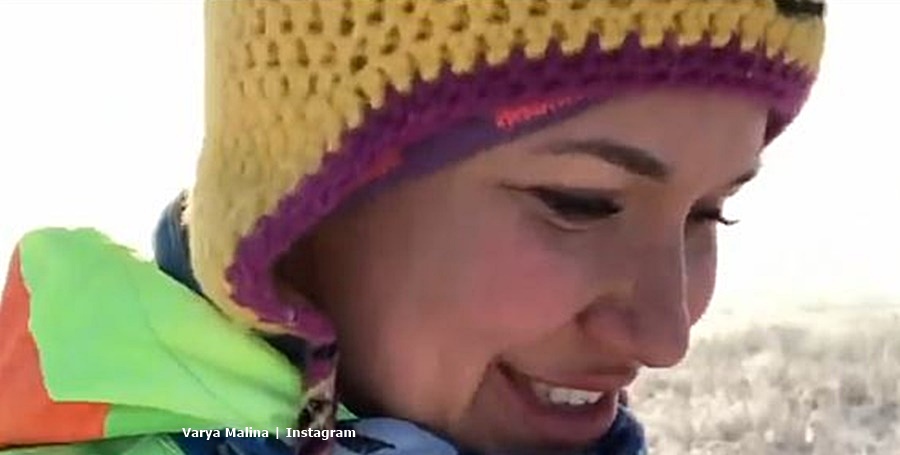 Varya Malina from 90 Day Fiance went home to Siberia and from there she shares a lot of stunning photos and videos. Although fans don’t quite know where she and Geoffrey Paschel stand these days, they still follow her on Instagram. And they get rewarded with seeing and learning all about her culture back home. Now, she shared more outdoor activities and claimed she “has less fur under her clothes.”

We reported that nobody knows exactly what happened with Varya and Geoffrey. Recall, they never even appeared on the Tell-All because of his pending abuse charges. That involved another woman, not Varya. Recall, she initially turned down Geoffrey when he proposed. But later, she had second thoughts and arrived Stateside. Only, she discovered another woman hanging with Geoffrey.

Now, she’s home in Russia and looks very happy there. Screen Rant reported that since she went home, the 90 Day Day Fiance star “posted some steamy bikini shots from Sevastopol.” Plus she did a few “aerial acrobatics” and enjoyed “snowboarding with friends in a small Russian town.” It looks like Varya Malina makes the most of not being able to work so much during the coronavirus. And fans love seeing the Russian lifestyle.

Siberian dogs play all day in the snow

Taking to her main Instagram feed on December 19, Varya shared loads of clips of her out with her Siberian-born and raised dogs. Certainly, it looks like they love the winter months. One of her clips revealed Varya riding along on her small sled behind the dogs. In another clip, the dogs ran freely down the snow-covered road that disappeared into the massive forests in the distance.

In other clips, the dogs showed Varya Malina how much they adore her and kept coming for more cuddles. And, in one photo, she and her one dog posed together. Actually, they really do take after each other. In her caption, Varya said, “I’ve heard about dogs and their owners starting to look alike over time. In these pictures, you can see two Siberia born and raised beauties who are obviously both in love with winter. If you let them play outdoors, neither will make it home till late at night.” Then, the 90 Day Fiance  star asked, ” Do you see the resemblance?”

‘Less fur under my clothes’

Joking about the similarity between herself and the dog, Varya added, “PS: I promise I have less fur under my clothes 😁.”

Fans of 90 Day Fiance really appreciate these posts from Varya Malina. One of them commented, “Every picture & video super lovely. thank you for sharing your culture, fashion and your smile.”

And yes, fans agree it is pleasant seeing people we know from the television, far away outside of our own culture enjoying themselves.