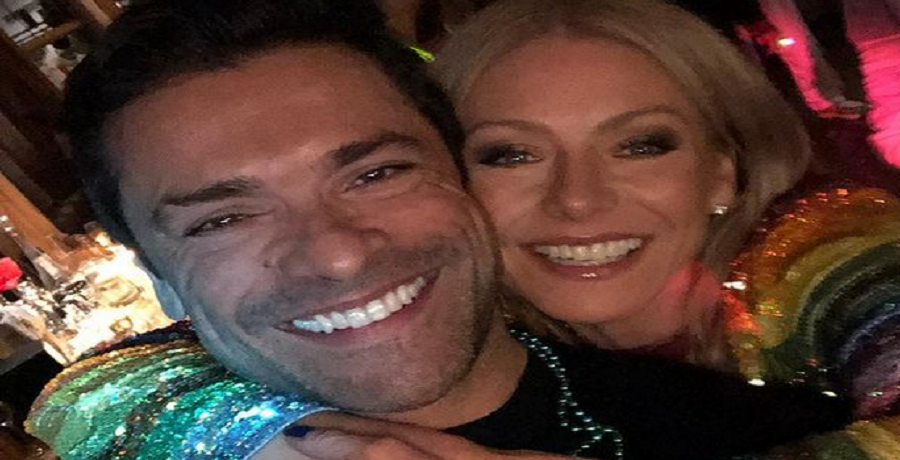 Mark Consuelos is teasing fans with the possibility of an All My Children reboot. The former soap star shared a photo of himself with wife Kelly Ripa from their heyday. This comes amid the reports that the couple plans to produce a primetime version of the daytime soap. Kelly and Mark on the soap opera they starred in over 20 years ago.

Mark kept those rumors rolling with his latest Instagram post. In the photo, he rides a blue motorcycle. Meanwhile, Kelly has her arms wrapped around him, not wanting to let go. The couple looks very young in the photo.

All My Children fans fired up over throwback post

Mark Consuelos set the rumors ablaze. The photo showed the couple playing the characters Hayley Vaughan and Matteo Santos. All My Children fans will recall the scene when they rode off on a motorcycle together. They were in their twenties when they filmed the Jamaica-set episode for the soap in 1996. Kelly wore a sexy dress and high heels for the adventure-packed scene.

Fans took to the comments section to talk about that very episode. They remember when Hayley and Matteo went on the run in Jamaica with Noah and Julia (played by Hamilton Cobb and Sydney Penny, respectively). During that adventure was when the couple got closer together. Their chemistry didn’t just sizzle onscreen. Fans noted that 1996 was the same year that Kelly and Mark wed in real life.

Kelly also kept the reboot rumors swirling. She shared a slideshow of herself with Mark from their All My Children days. In the caption, she teased: “Hayley and Mateo. Because what does ‘that’s a wrap’ even mean?” Fans are hoping that the project will get the green light.

Mark Consuelos talked about their connection

In an interview with The Huffington Post, Mark Consuelos talked about the first time he laid eyes on Kelly Ripa. But she wasn’t the first thing on his mind. Mark assumed that he never would have a shot with her. He was auditioning for a role on the long-running ABC soap. In the interview, he remembered “being really concerned about getting the job.”

“I thought she was adorable, hot and sexy and all that stuff,” Mark said at the time. “But I was very focused – I didn’t really think I had a chance with her, so I wasn’t really focused on that.”

But it turns out that Kelly was interested in him as well. Less than a year later, the couple eloped to Las Vegas. TV Shows Ace previously reported that fans are looking forward to a return to Pine Valley. The reboot of All My Children will focus on a feud between the Santos and Kane families.

This reboot comes just a decade after the original soap ended on ABC’s daytime schedule. What are your thoughts? Are you looking forward to the reboot? Sound off below.