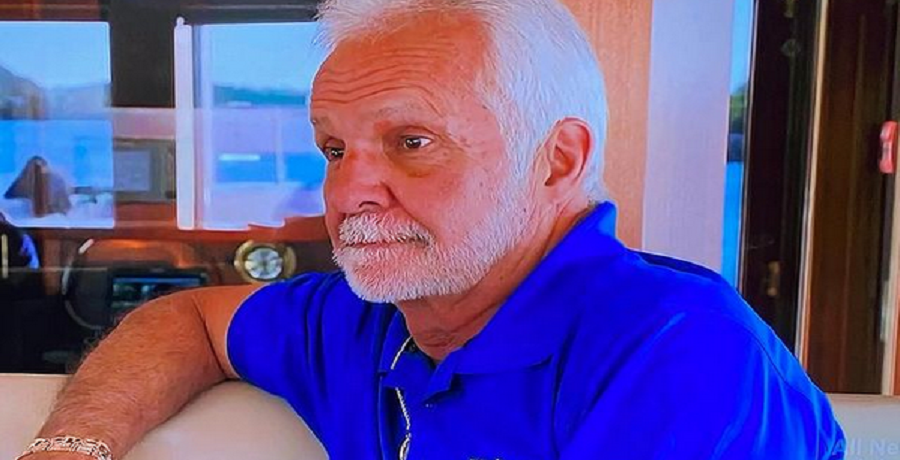 Below Deck Captain Lee Rosbach loses his mind in the next episode. Last week, the show left viewers hanging. Instead of a sneak peek, they witnessed Chef Rachel Hargrove’s meltdown to the end. She quit on the spot after the weirdest preference sheet meeting in the show’s history.

Somehow, Captain Lee kept his cool. But he’s unraveling in the new episode. He blasted bosun Eddie Lucas’s “s*** sandwich” of a mistake. Things have become increasingly stressful aboard My Seanna. The crew just lost two people before the next charter.

Find out what happens next.

E! News shared the exclusive sneak peek for Monday, December 21’s episode of Below Deck. Fans get to enjoy it before the holidays roll in. The preview shows the exterior crew setting up an inflatable slide for the charter guests to enjoy. However, bosun Eddie Lucas is having more trouble than he should.

But fans know that the deck crew always struggles with the slide. It’s nearly impossible to inflate the first time around. In the clip, Eddie is heard cursing in the background.

“Just f***ing inflate the god damn thing,” he mutters to himself.

Captain Lee Rosbach checks in with the stressed-out bosun via walkie talkie.

“How we coming with the slide?” he asks.

“We had better days,” Eddie responds. “Yeah, I guess you have,” Lee responds as he looks out from his end.

“Everything’s wrong,” Captain Lee says during his confessional, which is very reflective of 2020. “The epitome of a s*** sandwich.”

Captain Lee has to show Eddie how it’s done. He tells the bosun that he’s setting up the slide backward. Eddie jumps off the boat onto the inflatables floating in the water. This is the second time fans saw Eddie jumping into the water.

Even the charter guests noticed Eddie’s frustration. One is heard saying, “Oh guys, you gotta see this. It’s hilarious looking.”

“I feel sorry for him,” one charter guest says as they laugh. They referred to Eddie, who just flopped into the ocean.

The Below Deck star can’t take it anymore. He decides to step in and handle it himself.

“I need to get this line here,” he says before he climbs over the guard rails to fix the tangled mess. “I got this. Jesus Christ.”

The clip cuts to darkness. Fans will have to find out what happens in the new episode. This dramatic preview comes after Chef Rachel Hargrove told Captain Lee to “go f*** yourself” and stormed off the boat. She made it clear that she didn’t want to cook for the upcoming charter guests.

Will she return to the boat? Or will the crew be left without a yacht chef?